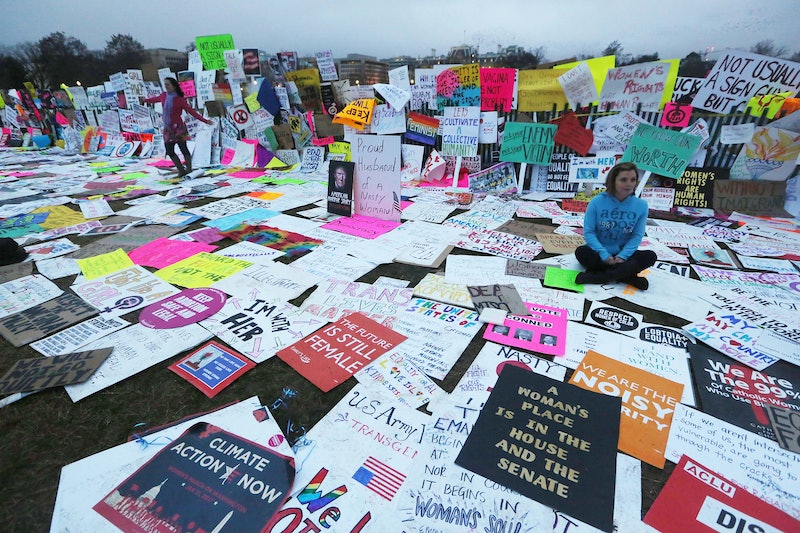 I dare you to try and name 10 male feminists other than Ryan Gosling. Hard, right? Where on earth are they? And why is it that so few guys are labeling themselves as feminists? Enter Lewis Merryweather, an out-and-proud feminist and student at the University of Warwick in the United Kingdom. He recently blogged for The Guardian about how “lad culture” — what we would call “bro culture” — is effecting guys’ aversion of the “f word.”

Although we might consider him our hero of the day, Merryweather is getting flack from his peers for labeling himself as a feminist. It’s a little depressing to hear that guys still won’t admit to favoring equality for the sexes, even if we are talking about students from another continent. Merryweather points out that defending one's masculinity is part of their reasoning, even though feminism has nothing to do with it.

“...feminism simply means you believe in equality; it certainly doesn't mean you become any less 'manly'.”

This is where lad culture comes in. According to Merryweather, it has a huge impact on how male students not only treat women, but how they define themselves. So what is lad culture, exactly?

Lad culture is the idea that overt acts of masculinity prove some form of superiority over others. The reality is that lad culture is a prominent part of university life. Club nights often encourage the sexualization and degradation of women through dress code, and lad values tell male students it's important to get drunk, pull women and act like a noteworthy lad.

Misogyny, heavy alcohol consumption, expecting women to wear teeny tiny dresses...yep, sounds a lot like college bros to me (or an episode of Jersey Shore).

Merryweather even mentioned that women have questioned his support for the movement, by pointing out his guys can't be feminists (clearly they've never Google searched the Gos). Fortunately, he’s going to continue calling himself a feminist for all the right reasons, and continue to defend equality of the sexes.

Kind of an amazing person, right? Considering it’s 2014, you’d think more guys would be as comfortable with speaking about feminism as Merryweather ss — and he's only college student! Hopefully more students will, so we don’t have to cross the pond just to find a decent male feminist.

More like this
Here's How To Support Jewish People Amid Rising Antisemitism
By Hannah Orenstein
MOBO Awards Found Kanya King On The Woman Whose Grit & Determination Spur Her On
By Kanya King
Prince William Condemns “Unacceptable” Comments Made To A Black Guest At Buckingham Palace
By Shahed Ezaydi
Here’s Your Daily Horoscope for December 7, 2022
By Mecca Woods
Get Even More From Bustle — Sign Up For The Newsletter