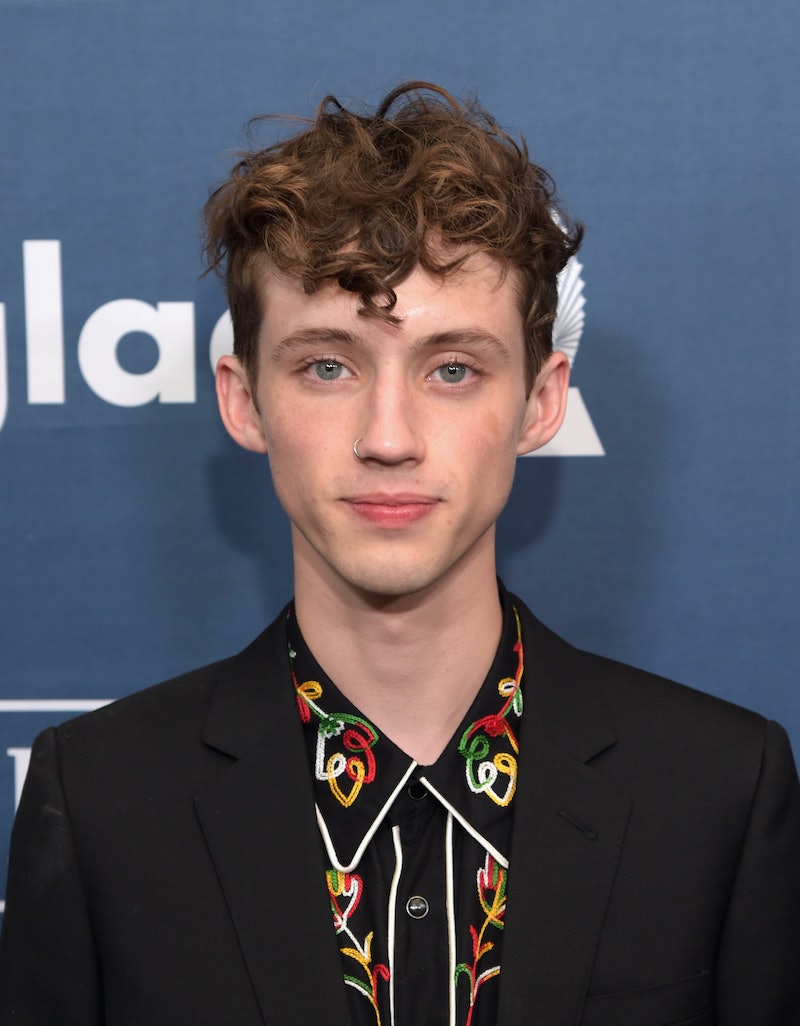 You know those songs that you absolutely love and know all the words to, but actually have no idea what those words mean when they're put together into a cohesive unit? Yeah, "Youth" by Troye Sivan is one of those songs. The sound and melody are intoxicating, and I can't help but blast it with the windows down whenever it graces the radio airwaves, but, honestly, I don't quite know what the song is exactly about, per say. However,, since Sivan is set to perform at the Billboard Music Awards thanks to his clenching of the Kia's One To Watch title, we should probably figure out what the lyrics to Sivan's "Youth" mean.

Truth is, the song is a bit abstract. It's no coincidence that we're all just slightly confused on the overarching meaning of it. It takes a greater, more in depth analysis than a mere listen, or even a closer reading of the lyrics, to really "get" it. So, let's do the damn thing. Let's analyze, what "Youth" is about, people.

According to Radio.com, "Youth" may not be as philosophical as one might have initially thought. At least, not totally. Sivan explained the song's catchy hook and how the rest of the tune was subsequently born, as this, "The lyric that we kind of started with was, 'My youth is yours.' That kind of sprung a few different [ideas] in my mind. As someone who has grown up on the internet — you can go back and watch videos of me from when I was 12 — I’ve sort of given my youth, online, to the public."

While that notion may have gotten the ball rolling, there's a deeper concept at hand here, that can be found in these lyrics:

While the musician may have started off with the concept of giving his youth to the general public via the internet, the song developed into something else entirely. Case in point, this song is romantic in nature. Sivan reveals that it's about the whimsical feeling of "giving" your youth away to a first love. And, no doubt, the song's sound echoes that particular brand of whimsy.

He explains this notion of all-encompassing young love, saying,

The idea of getting into a relationship when you’re young, and waking up when you’re 25, and you’ve given all of your young years to a particular person, that was super romantic and cool to me. And we started writing a song about leaving everything and running away and having absolutely no idea where you were going, or what you were going to do in the future, or whether this person is just going to be with you for two days and just be a fling, or is it going to be someone who you are going to spend the rest of your life with. And having all of those questions and still not caring about any of the answers because you’re young and you don’t have any responsibilities.

There you have it, folks. We just needed to be pointed in the right direction to fully understand the song as a whole. It's a good thing, too, because I can't wait to sing along to "Youth" now at the Billboard Music Awards with a renewed sense of purpose.