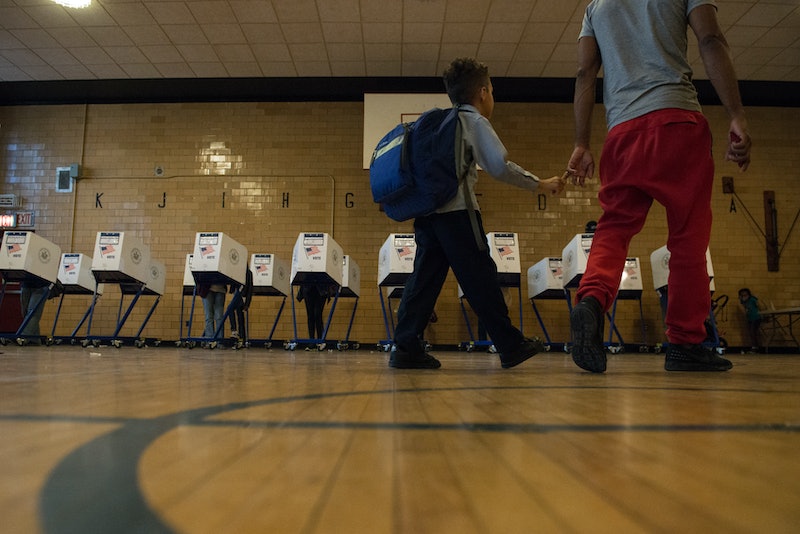 Tuesday's Kentucky primary was a close call in the Democratic race. Hillary Clinton eked out a win by a margin of only half a percent, evenly splitting the state's 54 pledged delegates with rival Bernie Sanders. With a margin that close and over half a million votes cast, there's a significant possibility that a recount of the vote could show a different outcome, due to either human or mechanical error. However, Kentucky has an unusual rule about recounting ballots during elections that means the people of Kentucky won't get a chance to make sure their votes really counted.

Kentucky's recount law was put in the spotlight two years ago during Senator Mitch McConnell's last campaign. McConnell faced a competitive challenge during the general election from Kentucky Secretary of State Alison Lundergan Grimes, which some feared would end up too close to call. In such a case, as Joshua A. Douglas, Associate Professor of Law at the University of Kentucky College of Law, investigated, any candidate with over 25 percent of the vote could request a recount within 10 days of election day by filing petition with the circuit court. However, there is a catch — the candidate requesting the recount must pay for the cost, and the statute doesn't specifically define how much that will be. For campaigns on their last legs, the cost could be too much to make a recount worth while.

It turns out that recount laws are widely varied from state to state, so much so that it would likely be prohibitive for a campaign to fight too hard trying to get a recount. A few states, such as Nevada, operate like Kentucky, in which a candidate must request the recount. Some states, like Pennsylvania, trigger an automatic recount when the margin is within a certain range (.5 percent in PA and Washington), and Wisconsin even allows voters to initiate a recount through a petition. On the other hand, some states are even more restrictive than Kentucky — in Alaska, only an absolute tie can trigger a recount, and in Illinois, a recount can't start until the court deems it necessary. The laws seem to prevent the ease of access to information about the election that should be openly available, and the restrictive hoops through which candidates and voters have to jump to verify their election results.

Ultimately, it doesn't seem to matter much if Sanders can put Kentucky in the win or loss column. He won the same number of delegates as Clinton (at least for now, things may change at the state level convention), and he proved once again that he's still in this fight for the Democratic nomination. However, the real issue isn't necessarily who won the election, it's the ability of citizens to get access to their election results fairly and easily, in which case, the Kentucky law might need to be rethought.