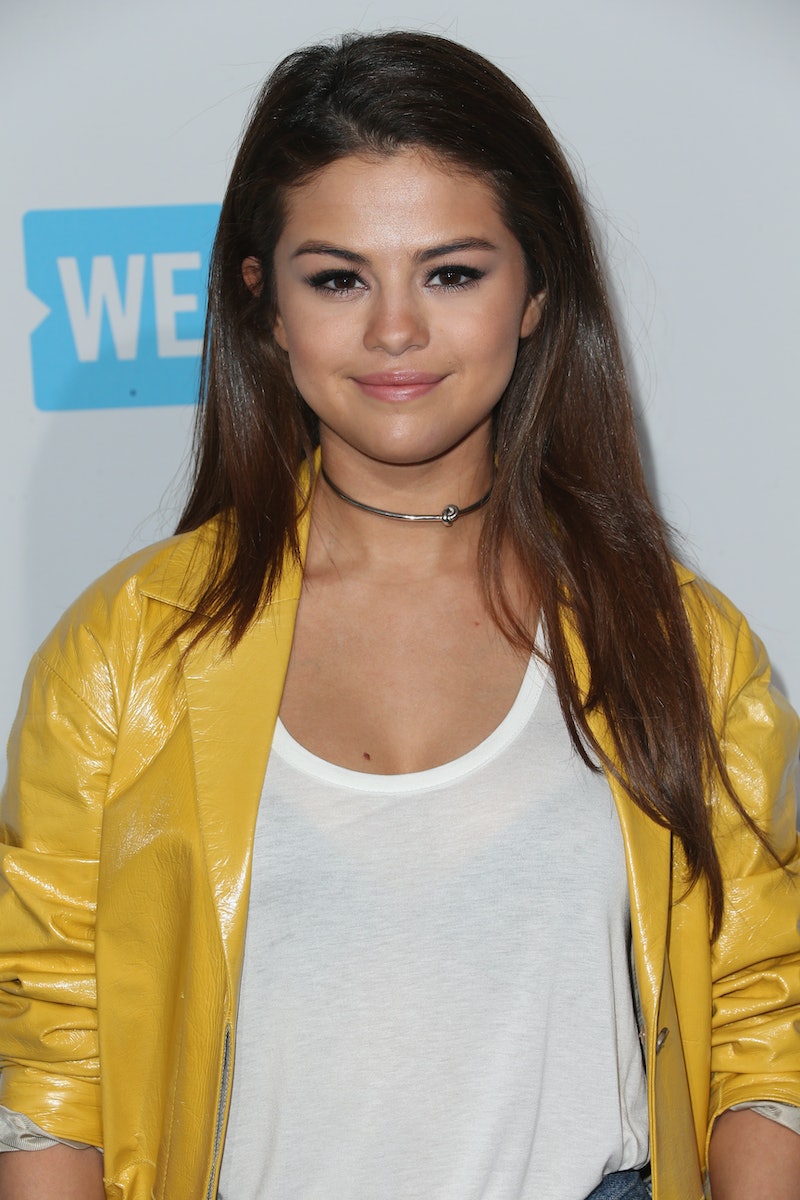 Aside from the fact that she's a huge pop star and dated Justin Bieber (multiple times), Selena Gomez is pretty relatable. This is especially true when it comes to the "Hands To Myself" singer's love of food. Bon Appétit published Gomez's Revival tour diet and let's just say if I was around that pile of food, I would not be able to keep my hands to myself. She told the magazine she "keeps things simple." So what does that mean exactly? Gomez said, "Plenty of water and pickles ... Hot Cheetos and chocolate are staples." As if that's not amazing enough, she also added, "I love a good plate of fried chicken." Who doesn't?

This isn't the first time that Gomez's love of food was goals. It's awesome that she doesn't shy away from sharing what she eats. She also doesn't deprive herself from enjoying meals or force herself to try the latest juice cleanse craze. Essentially, she doesn't set unrealistic standards as far as dieting. Of course, everyone is entitled to eat what they want, but it's just nice to see her be not afraid to treat herself. Because really, everybody deserves some Cheetos once in awhile.

Here's a round-up of all the times that Gomez mirrored your love of food, since she has great taste — literally.

As she says in the caption, she "celebrated the way [she] grew up" with some homemade rice.

Seriously though, how did she eat Flaming Hot Cheetos and not stain that white robe? She must be a super-human.

One word, but so much love.

After performing at the Victoria's Secret Fashion Show, Gomez shared this shot of snacking on fries backstage.

Even as a toddler, Gomez enjoyed ice cream cones. She's a lifelong foodie.

You're not the only one who can't resist those drinks with the green straws. Gomez loves her coffee, too.

Before an appearance on The Ellen DeGeneres show, the Wizards of Waverly Place alum shared this snapshot of her snack stash.

Her diet isn't all fast food and bags of chips. It looks like she knows how to cook fancy meals, too.

Is there anything cuter than heart-shaped pancakes? Nope, nope, nope.

It's quite comforting to know that I'm not the only one that photographs my food in restaurants. Even famous singers do.

How does one snag an invite to Gomez's tea parties? Asking for a friend. (And by that, I mean myself.)

What better way to end the list than with more McDonald's?

Now, I'm incredibly hungry and jealous of Gomez's diet. And by diet, I mean her consumption of eating whatever her heart desires.