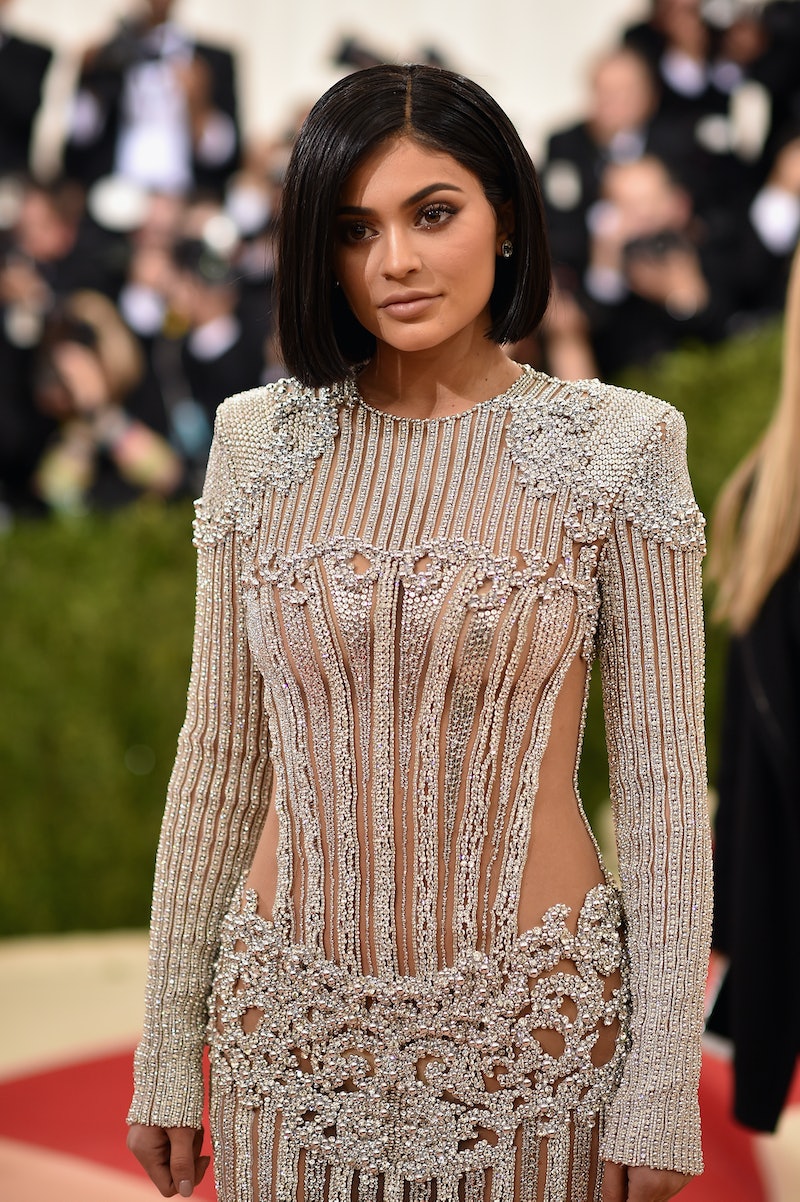 In today's edition of "tabloid news to take with a grain of salt," it's rumored that Kylie Jenner has a new boyfriend following the news of her split from Tyga, and they're apparently "mad for each other." Allow me to explain. According to a report from The Sun, Jenner is dating singer PARTYNEXTDOOR and things are apparently moving quickly. An anonymous source told the outlet, "Their relationship started quite suddenly but it just feels right. They are mad for each other." If this seems dizzying, it may help to know that Jenner and PARTYNEXTDOOR (real name: Jahron Anthony Brathwaite) actually have some history with each other. Bustle has reached out to a rep for Jenner for comment, but has not yet heard back.

According to The Sun, Jenner "doesn’t know why she wasted time with Tyga," and her new romance has gotten the Kardashian-Jenner family blessing, with the source saying, "Kylie’s family found the eight-year age gap with Tyga a bit weird, especially as they got together before she turned 18 last year. PARTYNEXTDOOR is much better as he’s only four years older than her." Well, OK then.

If the name PARTYNEXTDOOR doesn't immediately ring a bell, it likely will as his star continues to rise. He signed to Drake's label, OVO Sound, back in 2013, and has been featured on a couple Drake songs since.

As for PARTYNEXTDOOR's apparently budding relationship with the youngest Jenner sister, well, that shouldn't come as much of a surprise, either, since the two have known each other since at least 2014. Jenner and her sister Kendall actually made a cameo in PARTYNEXTDOOR's music video for "Recognize" in the summer of 2014, alongside Drake in a grainy party scene.

I have so many questions. First of all, if these two really are seeing each other, did Drake set them up? I love the idea of Drake as a real-life cupid for the Kardashian-Jenner crew. Drake is neighbors with Jenner's sister and brother-in-law, Kim Kardashian and Kanye West, so I love the idea of the three of them, sitting around by their huge pools, trying to figure out who to set Jenner up with. They could totally start a new reality show, called Calabasas Matchmakers. No?

Of course, I'm getting ahead of myself here, as the pair has not confirmed if they are, in fact, dating, but if they are... well, it seems like a match made in music video heaven.

More like this
Kylie Jenner Shares A New Photo Of Her Son With Travis Scott For Father's Day
By Jake Viswanath
Selena Gomez Is Fine Being Single, But She Still Manifested Romance On 'SNL'
By Martha Sorren, Jake Viswanath and Jack Irvin
Are Quality Time & Words Of Affirmation Love Languages Compatible?
By Lexi Inks
So, How Soon Is Too Soon To Move In Together?
By Jessica Estrada
Get Even More From Bustle — Sign Up For The Newsletter