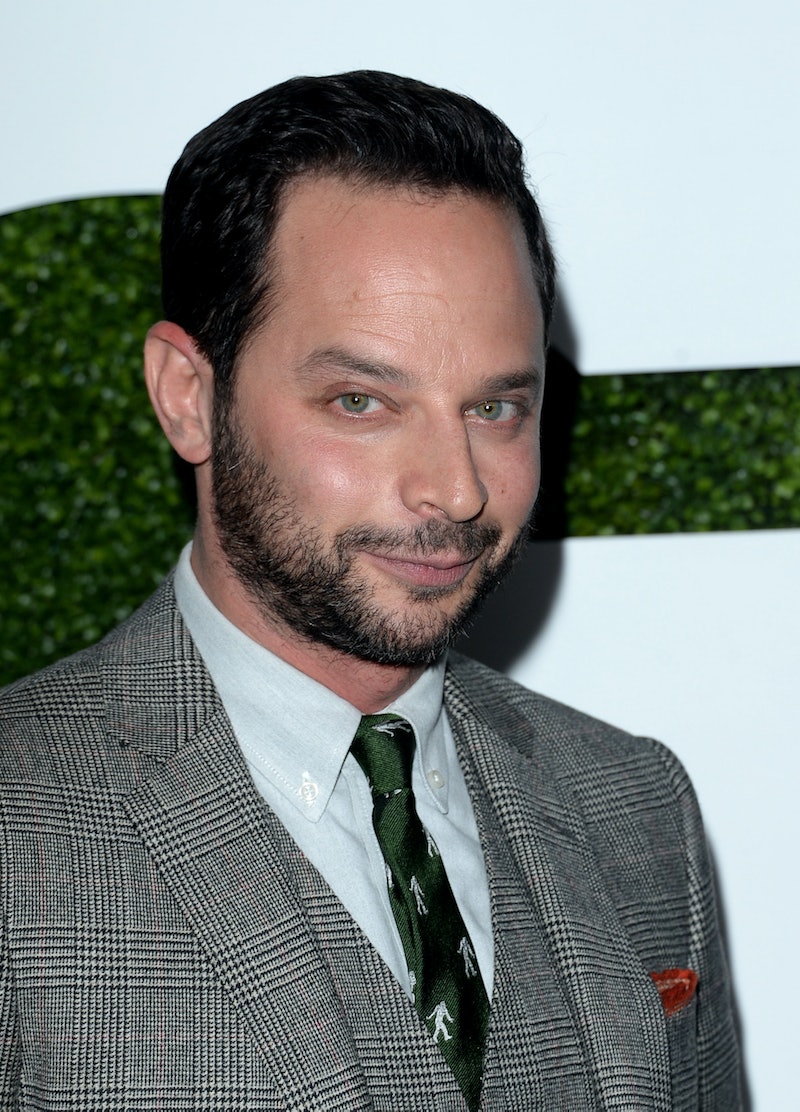 The red band trailer for Sausage Party, the first animated feature from Seth Rogen and his frequent writing partner Evan Goldberg, initially appears to be a children's film. A catchy pop tune blares as a woman goes grocery shopping, plucking various food items from the shelves and dropping them in her shopping cart. The food — sausages and buns — are elated to be chosen together, and can't wait to spend their lives with one another in this woman's kitchen. But soon, the reality of their situation sets in: food gets eaten, which is the harsh truth these sausage's must face. The trailer is hilarious, but admittedly ridiculous, and one of it's stars, Nick Kroll, agrees. "The idea was crazy but also made a lot of sense to me. What if we made a Pixar movie that was filthy?" the League actor says. "I did a table read of [the script] at least four or five years ago, and it was the funniest table read I've ever been at — jam packed with laughs."And with a cast that boasts Rogen, Kristen Wiig, Bill Hader, James Franco, Paul Rudd, and so, so many more, how could it not be? "I play a douche, and I am a literal douche," Kroll reveals. "Honestly those guys, Seth and Evan and their whole crew — are just so ballsy. I just felt like you can't go wrong. [The concept] was so funny and new. There's Team America, but you've never seen an animated movie like this. There's some stuff in there that is... bananas."

On the other end of the spectrum is Kroll's other upcoming animated feature, Captain Underpants, based on the beloved children's novel. Kroll admits Underpants is wildly different than Sausage Party, which, considering it's intended for a pint-sized audience, is a good thing. "I play Professor Poopypants, a true dream come true," Kroll says. "There's nothing funnier than farts and poops."

The cast of Captain Underpants is just as impressive as Sausage Party, with Thomas Middleditch, Kevin Hart, Jordan Peele, and Ed Helms all voicing characters from the illustrated book. "Doing animation is genuinely so fun cause you can play anyone or anything. It doesn't matter what you look like," Kroll says. "And you don't have to get all dolled up. You just roll up, eat take5s, and scream things with a funny voice. It's interesting to do a book that so many people grew up with."And though the two films will be geared towards opposite audiences — Kroll confirms that Sausage Party will surely receive a hard R rating — the actor has a surprising wish for the two films. "My hope is that kids confuse the two, and families go Sausage Party, and stoned adults go to Captain Underpants. I think both will be very pleased with what they see." If you say so, Kroll. Check out the trailer for Sausage Party, which hits theaters on August 12, below.