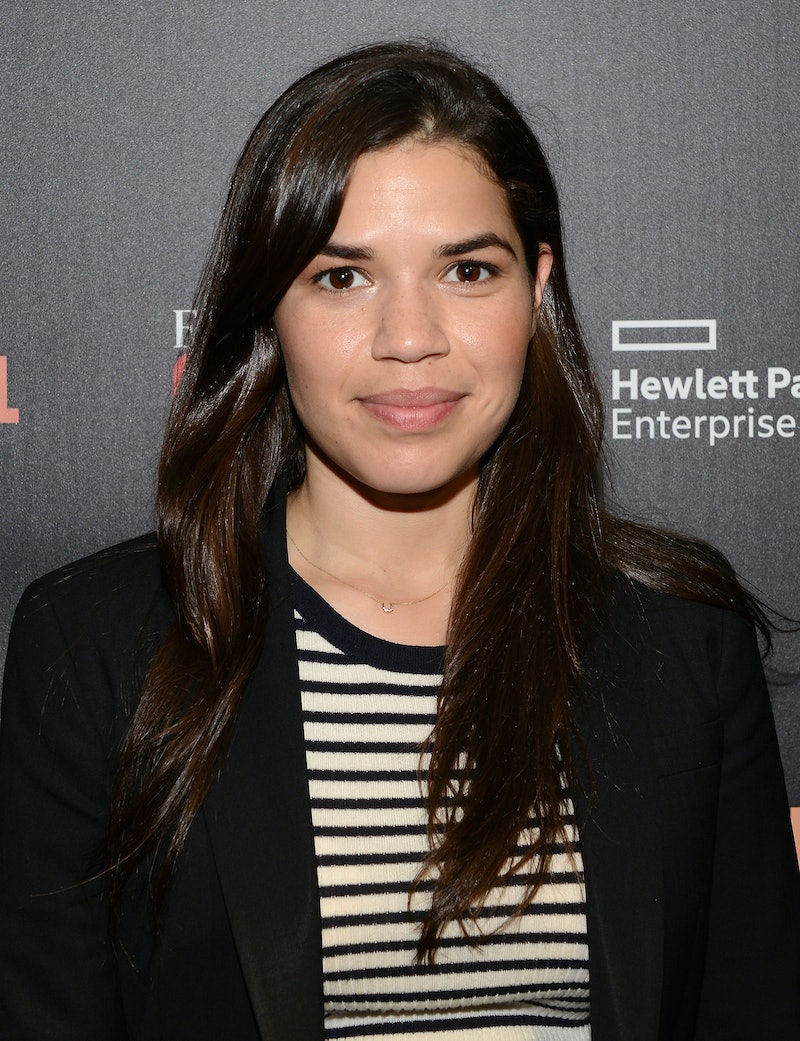 Let me state this loudly and clearly, so you can hear me all the way to the back of the room: America Ferrera is an absolute goddess. Smart, hilarious, talented, powerful and strong willed, Ferrera is an actress who has never strived to fit a certain, outdated archetype of her industry and has always been outspoken in challenging those stereotypes. The Ugly Betty actress has spent her career playing roles which provide positive representations of her Latino heritage, appearing to be incredibly selective with which roles she chooses to play and avoiding roles which are tokenized or dangerously clichéd. So it makes sense that her views on this topic have been given prominence in the form of a guest column for Deadline in which Ferrera speaks out about diversity in TV and film, and that as usual she delivers nothing short of empowering excellence.

Speaking in promotion of her NBC comedy Superstore, Ferrera writes assuredly and powerfully, providing a thorough overview of the importance of diversity and the problems which still, sadly, negatively impact much of the TV and film industry to this day. With an honesty which draws her personal experiences with avoiding becoming a tokenized character alongside balanced calls-to-action for the sort of roles which should be available to people of all races and backgrounds, Ferrera's guest column is full of high-five moments and the sorts of powerful lines that make you feel as though there's still hope for the entertainment industry to take demands for progressive programming seriously, and to diversify their offerings.

Heres 11 of the best quotes from Ferrera's guest column:

1. Why Casting Should Just Be About Finding The Best Actors For The Production

It thrilled me that [Superstore] was being done in a way that wasn’t in any way token. It wasn’t about inserting the black character, or the sassy Latina chick, or the one-joke Asian dude. They went out and found funny people and cast them regardless of their skin color.

2. On Superficial Attempts To Diversify

The debate that threatened to swallow this year’s Oscars continues to dominate—as it should—but the tricky thing with casting diversely is avoiding the kind of tokenism that only pays lip service to the issue.

3. On The Basic Truth Which Demands Diversity

I never think of myself as a Latino person; I’m simply a person.

Suddenly it occurred to me: none of the roles in the script had specified ethnicities, they were simply casting all kinds of people.

I do believe that the widely accepted narratives about audiences’ lack of interest in films and shows starring people of color are lies.

Tokenism is about inserting diverse characters because you feel you have to; true diversity means writing characters that aren’t just defined by the color of their skin, and casting the right actor for the role.

7. On The Importance Of Visibility

All audiences want to see the world they live in reflected on screens big and small. At a certain point, it becomes unavoidable to notice that we’re being ignored.

8. When Diversity Is A Part Of Your Life, Not A Goal On A 'To Do' List

Diversity is on everyone’s agenda today, but it’s something I’ve had to think about my entire career, because, in a way, it’s like the tax you pay for being a person of color in this industry.

9. On Actors Being Repeatedly Defined By Their Race

It’d be great to go and audition for roles that don’t have to be representative of every Latino person on the planet, but we aren’t always given that freedom.

10. On The Need For More People To Challenge The Status Quo

Under the veil of making business decisions, we allow the conversations about the relative worth of female-led films, or the importance of beefing up the guys’ parts, to go unchallenged, and when we don’t call out those narratives, we become complicit in things staying the same.

When I look at the faces on television and compare them with film, I realize how far we’ve come on the small screen. It’s important to celebrate the success that’s been made even as we acknowledge there’s further still to travel.

I can only hope that Ferrera's words will inspire more industry professionals to speak out and challenge the inequalities, dangerous stereotyping, and poor representation of marginalized groups. The stage is set for it, and the audience is more than ready to finally see it too.