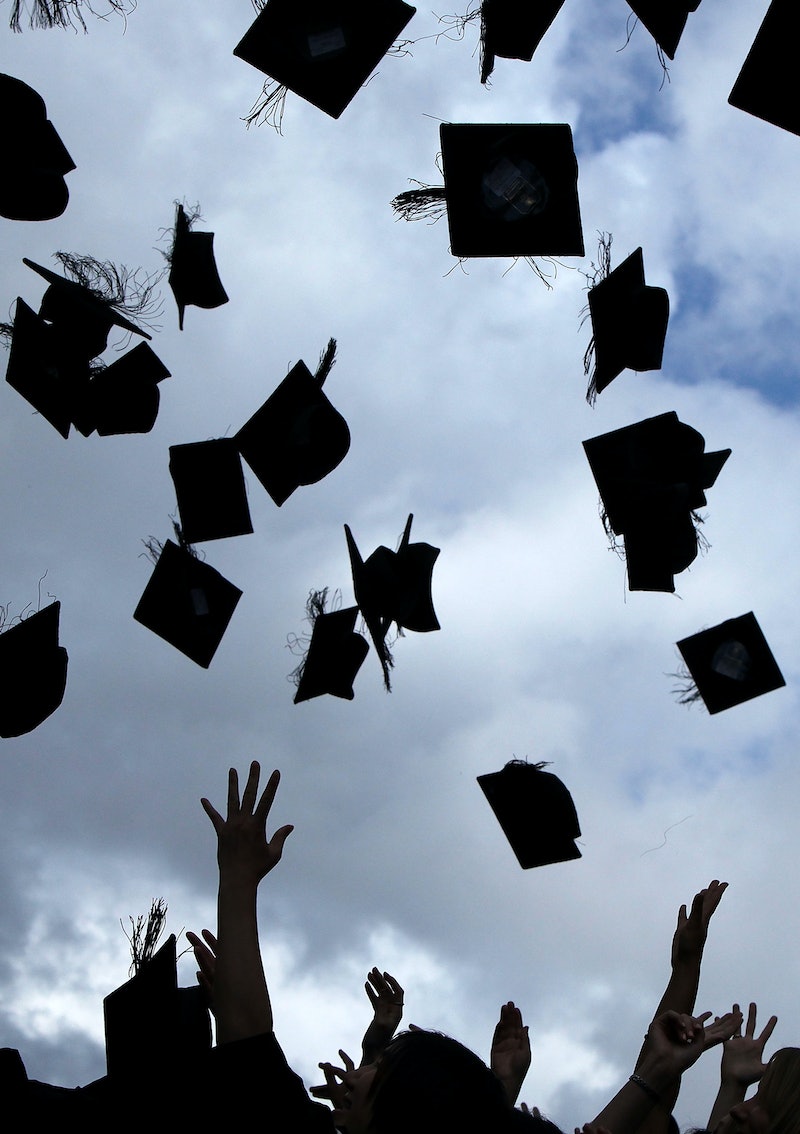 Trowing your cap at graduation is a time honored tradition, but at one university in the UK its time has just come to an end. The University of East Anglia has banned throwing mortarboard caps at graduation, claiming that the practice is too dangerous. And weirdly they might have a point — it turns out people actually can get injured from those things.

The university, which is located in Norwich in the UK, emailed students telling them there would be no cap throwing at the graduation ceremony, stating that throwing the caps has caused several student injuries in the past few years. Bizarrely, though, they are offering to give students the opportunity to mime throwing the caps during picture taking and have the school Photoshop them in. I suppose the offer is technically a nice compromise, but somehow, it kind of just makes everything just seem even weirder than it already is.

Strangest of all, however, is the fact that there actually quite few are documented cases of people getting injured by mortarboard caps. In fact, in 1984 a student who was struck in the eye with a cap tried to sue Yale University, though the case was unsuccessful. In at least one case, which happened all the way back in 1979 but is harrowing enough to make you want to duck next time you're at a graduation ceremony, a teenage girl was struck in the eye during a high school graduation and suffered "commotio retinae with damage to the retinal pigment epithelium and macular hole formation." This is just as bad as it sounds; the incident left the student with permanent damage.

Notably, however, there doesn't seem to be any evidence that mortarboard caps regularly do any serious damage to graduates or innocent bystanders — though how you'd do a study on such a thing, I'm not sure. Still, East Anglia is not the only school that has taken to banning the practice.

So is this a case of schools being overprotective? Or are schools just acknowledging that not risking injury is more important than a symbolic gesture? It's an issue that's still... up in the air.

I'll see myself out.

More like this
How To Fight For Reproductive Rights, Based On How Much Time You Have
By Courtney Young
The Families Of Grenfell Tower Are Still Waiting For Justice, Five Years On
By Bustle UK
What Is A “Softboy?” The TikTok Term & Aesthetic, Explained
By Courtney Young
Why Are TikTokers Slapping Each Other With Tortillas?
By Courtney Young
Get Even More From Bustle — Sign Up For The Newsletter