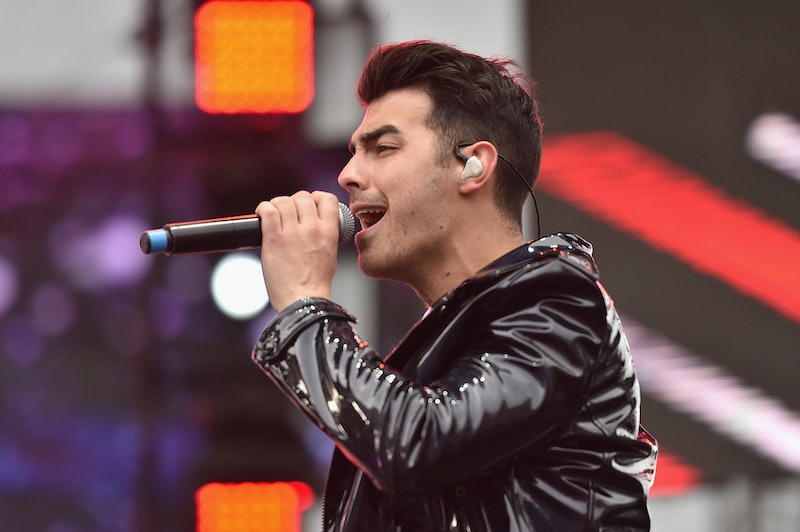 Ever since their split, the Jonas Brothers have proven that parting ways doesn't mean it's the end of their music. Actually, it's quite the opposite. Since breaking up, the two youngest Jonases (Jonai?) have been topping the charts with tunes from their solo careers. Nick Jonas had singles, "Chains,""Jealous," and "Levels" hit the airwaves, and middle brother Joe formed the band DNCE, and their debut single "Cake By The Ocean" is popping up just about everywhere. It's entirely catchy, completely dance-worthy, but admittedly, a bit confusing. Cake by the ocean? What does that even mean? Well, according to Jonas, the song had slightly... less family-friendly origins.

Jonas told MTV that the song was originally supposed to be about something much sexier than deserts by the sea. Here' what he had to say:

Working on the record, these Swedish producers that we were working with, they kept confusing ’sex on the beach’ with ’cake by the ocean,’ so that’s how the song started,” Joe explained. “Then, it became this kind of lyrically wacky song, and it kind of embodies the band. It’s funky, it’s fresh, I think it’s something that people can dance to.

With that knowledge in mind, it's easy to see how the lyrics could read a bit... suggestive. Knowing the phrase "cake by the ocean" derived from "sex on the beach," the metaphors in the song's lyrics now make a whole lot more sense:

Talk to me, babyI'm going to miss this sweet craving, whoa-ohLet's lose our minds and go f*cking crazyI-I-I-I-I-I keep on hoping we'll eat cake by the ocean

Watch the music video for "Cake by the Ocean" below.