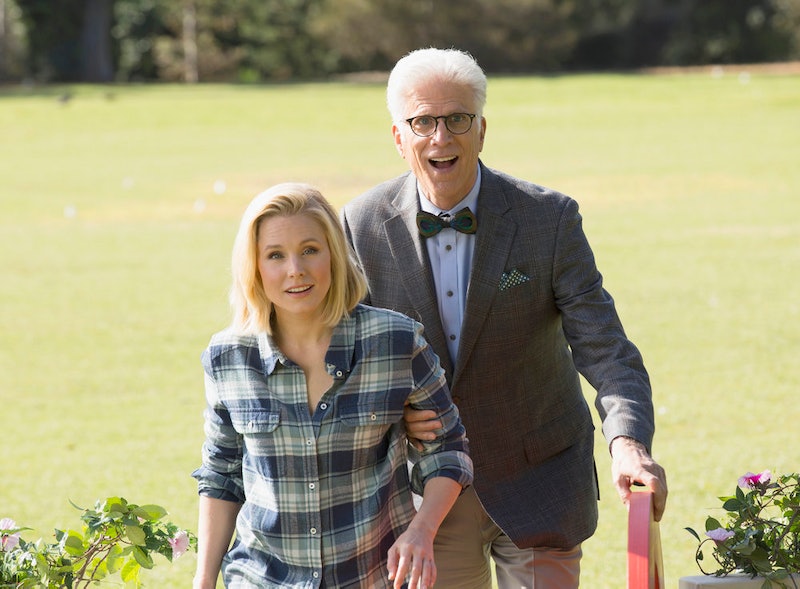 It's that time of the year again: at this week's Upfront presentations, all of the broadcast networks announced their Fall 2016 TV schedules. This included official word on which of their existing shows would be renewed and which would be canceled, as well as the grand reveal of which pilots each network had decided to pick up — and which pilots were sadly left in the dust. Well, this Thursday was The CW's turn to unveil their 2016 fall schedule, and now the process is complete.

The news coming out of the Upfronts was just as notable for which high-profile pilots didn't get picked up as which ones will make it to the air. Among the most surprising also-rans were the Agents Of S.H.I.E.L.D. spinoff Marvel's Most Wanted, which was to focus on the characters Bobbi Morse and Lance Hunter; CBS' buzzed-about "diverse Nancy Drew adaptation" Drew with Person Of Interest's Sarah Shahi in the lead; and the ABC crime drama The Jury, headlined by The Good Wife's Archie Panjabi.

So what did get the greenlight? Between the five broadcast networks, audiences will be getting 19 new series in the fall — with another 24 waiting in the wings for midseason. For your convenience, here's the scoop on all the new shows coming your way this season, including who's in them, what they're about, and when to watch them:

About: Formerly titled The Second Fattest Wife In Westport, a typical American mom moves with her family to the very un-typical suburb of Westport and clashes with the "perfect" moms in her neighborhood.

About: The former First Daughter is blackmailed into working for the Conviction Integrity Unit (C.I.U.) to determine whether or not criminals have been wrongfully convicted.

About: The Secretary of Urban Housing and Development becomes the President of the United States when POTUS and his entire cabinet are wiped by a terrorist attack during the State of the Union.

About: A non-Shonda Rhimes show invades T.G.I.T. this fall while Scandal is on hiatus due to Kerry Washington's pregnancy. But this soapy drama about the relationship between a cable news producer and a criminal defense lawyer should fit right in.

About: A mother juggling the various needs of her family members — especially her special needs son (played by Micah Fowler, who has cerebral palsy in real life.)

About: Based on the life of Dr. Phil, a trial consultant helps win cases by analyzing and predicting the way a jury will vote.

About: An outdoorsy adventure reporter is pulled out of the wild and put in charge of a group of millennials who have never done anything remotely outdoorsy.

About: A beat cop realizes life at home can be tougher than life on the streets when he retires to spend more time with his family.

About: A hard-working father becomes a stay-at-home dad to his three needy children when his wife decides to go back to work.

Starring: Lucas Till (X-Men: Days Of Future Past)

About: A reboot of the popular '80s series about a man with a knack for staving off disaster by solving complex problems with everyday objects.

About: A brilliant surgeon and a Silicon Valley tech genius team up to create the world's most cutting-edge, technologically-advanced hospital.

About: An update of the most classic horror movie of all time, in which a mother asks for help from two very different priests when she's convinced her daughter is possessed by a demon.

About: A thrill-seeking Navy SEAL is partnered with a high-strung LAPD detective, based on the series of Mel Gibson/Danny Glover action movies.

About: An animated hero returns to suburbia from his fantasy kingdom to reconnect with his live-action ex-wife and awkward teenage son.

About: After a woman dies in a freak accident, she's taken to heaven — but quickly realizes the people in charge of "the good place" have her mixed up with someone else.

About: This ensemble drama follows the trials and tribulations of a group of disparate people who are connected by the fact that they were all born on the same day.

About: After a rogue criminal steals a time machine, a history professor, a soldier, and a scientist have to follow him back in time to stop him from changing the past — and the future.

About: The 2000 Dennis Quaid sci-fi thriller gets the small screen treatment in this story of a young woman who realizes she can speak with her dead father over an old radio.

About: When a straight-laced young woman meets a dreamy guy who believes the apocalypse is imminent, they embark on an adventure to check off every item on their bucket lists.

Will one of these shows become your new obsession? Tune in next fall to find out!