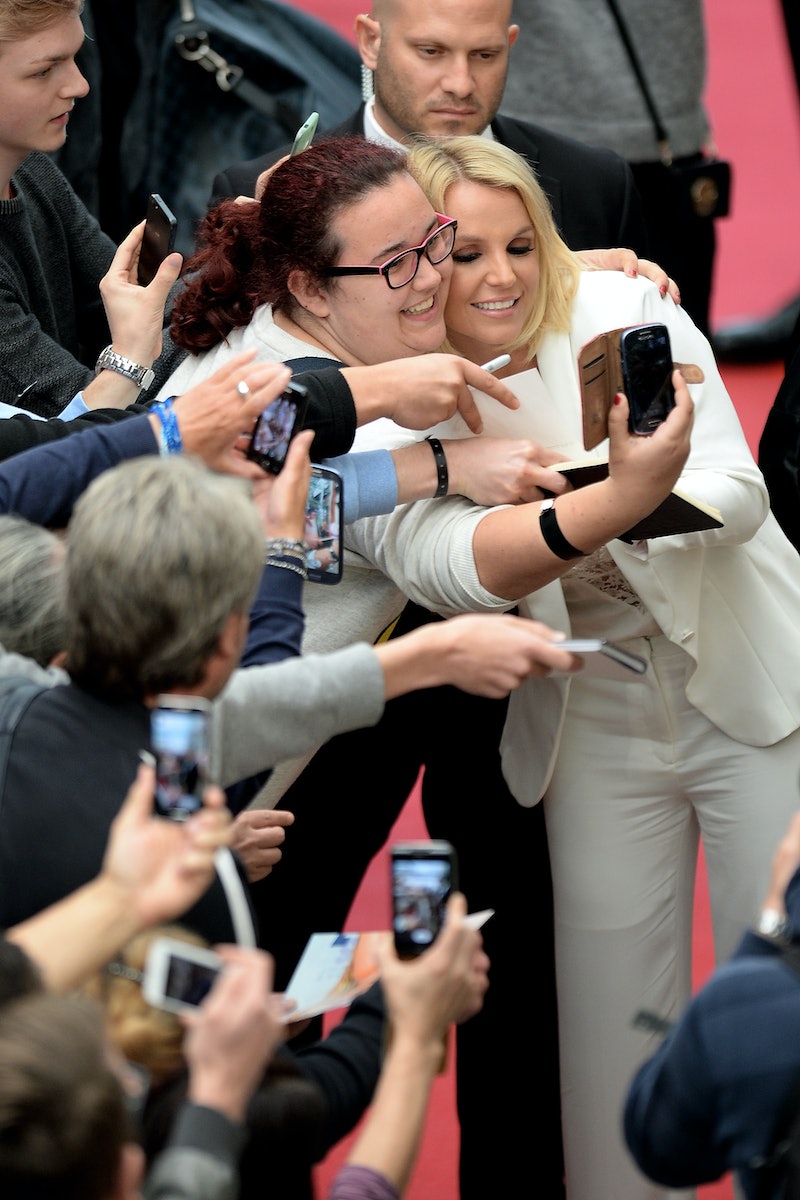 This year's Billboard Music Awards is honoring Britney Spears with the Billboard Millennium Award. The award, which "honors artists with exceptional achievements and influence in the music industry," has only been given to two other artists, Beyoncé (2011) and Whitney Houston (2012). But it sort of feels like an award that was meant for Spears, since her whole career seems to be so ingrained with millennial culture. This is the pop princess that anyone under the age of 35 grew up with, watching her hit the highest of highs and the lowest of lows, only to regain her crown.

Spears changed the way we saw pop music, starting with her first single, 1998's "...Baby One More Time," which capped off the last millennium by going 14 times platinum in the U.S. alone. She's a pop icon, not just here in the States — where she's reportedly sold over 70 million albums, singles, and songs — but across the world. Amidst the boy band explosion of the late '90s, early '00s, Spears was the girl who managed to break into the boys club and give young adults who weren't girls, but not yet women, a voice. Even more important, she was the girl to show that there was power in that voice.

Spears may have been even a little ahead of her time with the message in some of her songs. Listening to her 2001 track "Overprotected" now seems to get at the way that other people seem to have way too much control over the bodies and minds of younger girls. But, back then, that message was overlooked, and this was just a catchy song. Perhaps because, back then, her youth caused us to underestimate her. But now it's clear that the pop music we know now wouldn't exist without Spears, which is reinforced by MTV, who wrote in their biography of the singer that, "Spears didn't just become a star — she was a bona fide pop phenomenon."

Admit it, we all have a favorite Britney, whether it's her in that red spandex suit declaring "Oops, I Did It Again" or her touching, haunting ballad "Everytime," which told the story of a woman looking for forgiveness. One thing for sure is that Spears' musical canon has become as American as apple pie.

And so has her struggle. Spears has become known for her much publicized downs as much as her ups. She was a product of the pop machine, posing seductively on Rolling Stone only later to be on the cover of every tabloid magazine with a bald head and an umbrella in hand. She became a cautionary tale of what could happen when you lose control of everything, with a 2008 Rolling Stone cover story even being titled "The Tragedy of Britney Spears" and featuring such quotes as, "She's the perfect celebrity for America in decline: Like President Bush, she just doesn't give a f*ck, but at least we won't have to clean up after her mess for the rest of our lives."

But, love her or hate her, Spears' story is not a cautionary one. Instead, it's a story of redemption that's still being written. She would be back, making the same kind of music she always had and likely always will. (In fact, she is gearing up to release her new single, "Make Me (Oooh)" any day now.) She's pop music's greatest phoenix, rising from the ashes to thrive again. In fact, David Hoenemeyer, regional president of Planet Hollywood Resort & Casino, said of Spears' Las Vegas residency, "When we first announced [the show] two years ago, we were certain that Britney’s residency would revolutionize the entertainment landscape in Las Vegas... And [we] are thrilled at how successful the show has been.”

Spears' music has come to define our own milestones. Each one of her eight studio albums coming out at a different time in our own millennial lives, bringing back memories. She's the biggest pop star because her, and her music, define this new millennium. Spears at once makes us nostalgic for the past and hopeful for the future. We see ourselves in her. We know, that like Spears, we better work, and then work some more, if we want to be remembered at all. And Spears? Well, she's impossible to forget — and this Millennium Award is an amazing reflection of that.