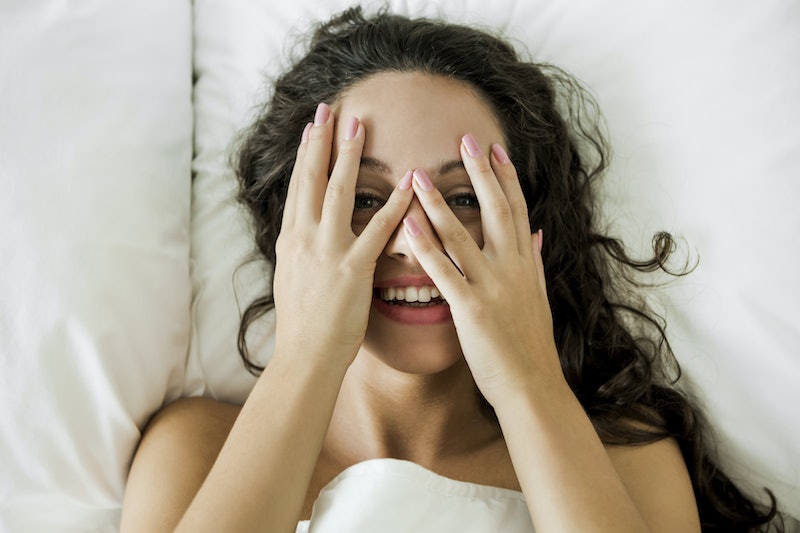 1. You And Your Ex Could Have Had Amazing Sex

2. The Sexual Connection Is Still Very Present In Your Mind

If you’re lucky enough to have had fantastic sex and remember it – because you always remember the great ones – your body still wants a piece of that. Says Michael, “When you have a sexual connection with another person that is strong the mind, the body will still remember how it felt and this can be great go to material for getting turned on, and there is nothing wrong with this!”

3. You Might Have Put Sex With An Ex On A Pedestal

4. You Actually Just Might Miss Having Sex With Them

According to Levine, “The sex they had with that person is something they are now missing (perhaps they are single or not having great sex with their current partner) and they want to relive it on their mind.” And, hey, it’s hard not to miss great sex.

5. It Doesn’t Necessarily Mean You’re Still Hung Up On Your Ex

Not only does it mean that you’re not still vying for your ex, but it could actually mean that you’re over your ex, too. “Now that you are over them it is not painful to think about them,” says Michael. “You can just let yourself go and focus on the great sex you had with them.”

6. But It’s Not A Good Thing If It Becomes Necessary For Arousal