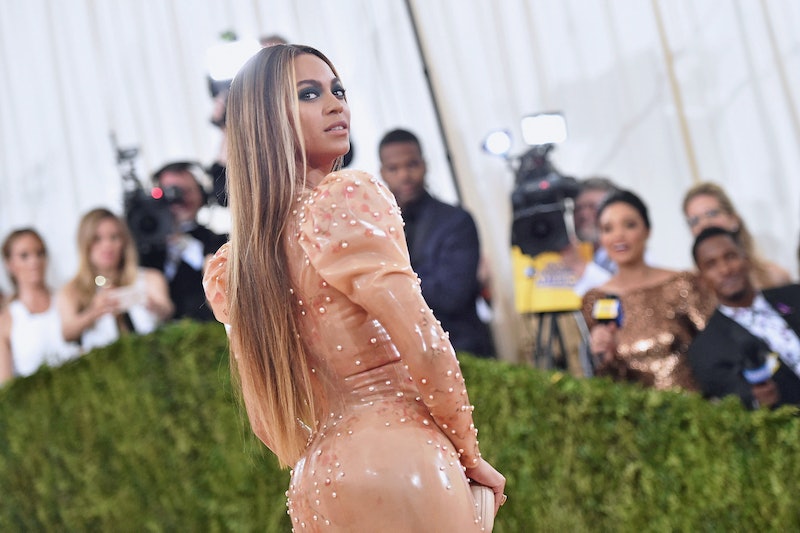 Music's biggest stars came out for the 24th Annual Billboard Music Awards, which aired live from Las Vegas, Nevada's T-Mobile Arena. Between performances Nick Jonas and Tove Lo, Blake Shelton and Gwen Stefani, not to mention special presentations from stars including Britney Spears and Celine Dion, and even the premiere of a new Adele music video, the live Sunday, May 22 event is certainly a night to remember. However, in the midst of all of the red carpet looks and awards, there's only one thing that certain die-hard fans are curious to know: where is Beyonce during the 2016 Billboard Music Awards?

Given that she recently helped headline the Super Bowl, dropped her latest album and visual counterpart Lemonade, and set out on her Formation World Tour, it's no surprise that Bey's schedule was probably a bit too crowded for her to make the BBMAs. Still, it's clear that she must have received an invitation. When you think of artists totally killing the top charts right now, Beyoncé comes to mind. However, given that she is as busy as she is, it's also not surprising to see that Beyoncé did not in fact attend the 2016 Billboard Music Awards. And that's not because she doesn't care for her fans and music industry peers. Instead, it could quite possibly be because there is way too much going on in her life right now both professionally and personally.

Instead of attending the Billboard Awards, Beyoncé was most likely taking some travel days to commute between her May 20 performance in Edmonton, Alberta, Canada and her May 23 performance Minneapolis Minnesota on the Formation World Tour. But the reasoning behind why she's not there could also go deeper than that. Beyoncé recently attending the Met Gala alone, which further sparking rumors about her and Jay Z's relationship, so perhaps it just seemed best for her to sit this highly-publicized celebrity event out. Plus, with how much she's been working lately, she could also just be in for a serious rest and family day.

Besides, considering that Lemonade was released after the March 23, 2015 to March 17, 2016 nomination cut-off — and that she wasn't asked to present an award or perform — there really was no reason why she had to show up. I think it's safe to say that she definitely deserves a day off.

With the 2016 Billboard Music Awards already underway, now fans will just have to wait until the next possible red carpet event to see if Beyonce shows up. No matter what, there's one thing that's guaranteed when you mix Bey and award shows: some serious slaying.