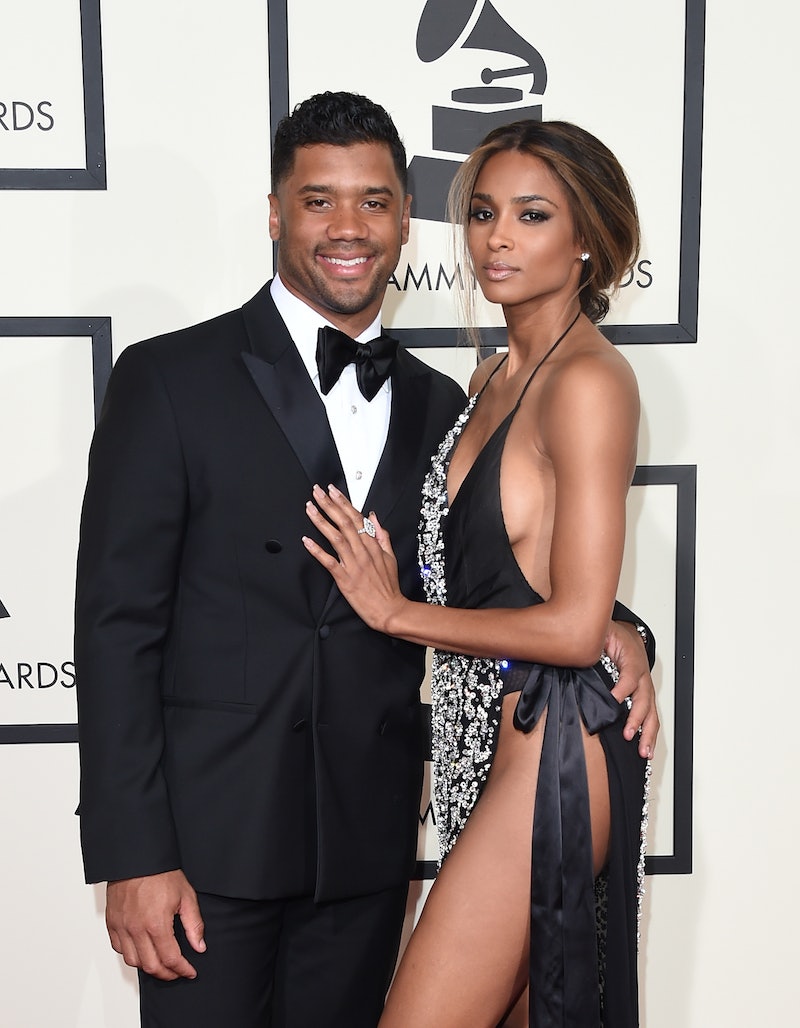 I have always been a huge Ciara fan and felt like she was seriously underrated for so many years. I just always wished for the best for the singer, and it seems like 2016 is looking to become her most epic year yet, in both her career and personal life. Ciara has been happily dating football star Russell Wilson since last April, and the couple announced their engagement in March 2016 while on vacation. They have had a whirlwind romance and seem keen on keeping up the quick pace, so I wonder: When are Ciara and Russell Wilson getting married? If their history repeats itself, their wedding could be very soon

Alright, so one thing to remember about this adorable couple is that early on in their relationship, they publicly and proudly announced that they were practicing abstinence to honor their Christian faith. That in itself is a notable endeavor in this day and age, especially for a couple in the public eye, as they are, to speak out openly about. Ciara and Wilson have been talking about very serious steps in their relationship for a while, as Ciara confirmed back in September. E! News caught up with the "Ride" singer and when asked if she had babies on the brain, she replied, "I definitely do, yes... We discuss a lot of things [laughs]. A lot of good things!"

And to get started on babies, well, considering the vow of abstinence, they would have to get married first. And according to Hollywood Life, their wedding could be this summer. According to a source who spoke with the site, Wilson wants to be married before football season begins. The source said,

Russell is ecstatic over the engagement and he wants to have a summer wedding and would like to get things done in June or July of this year because once August hits it will be all about football for Russell. Russell knows that if they don’t do it this summer then it could easily roll over to sometime after next February granted that the Seahawks go to the Super Bowl.

This is all alleged, but it makes total sense to me. They have been open in professing their love for each other all over social media since they went official, and Wilson has definitely been eager in tying the knot. Back in July, Ciara debuted a steamy music video for her song "Dance Like We're Making Love," and her boyfriend couldn't hide his feelings for his lady:

By "the date" I can assume that Wilson meant wedding date and Ciara was all on board for making it happen, too, and it is so cute. I mean, if you've been celibate your whole relationship, I am sure seeing your girlfriend writhe around in a pool could be a little difficult. In the recent May issue of Essence, which Ciara covered, she opened up about marriage and had some wonderful things to say:

Marriage is something I look forward to. I believe in family, and the beauty of two people committing to spend their lives together. We talk about everything. To me, to both of us, that's the foundation you need for love to flourish and reach its highest place. I want to live with as much lightness as possible, so I can stay focused on my love of God, and being the best mom, and the best person, I can be…

On May 17, Ciara posted a tweet that alluded that she was having a very good day. Did she find her perfect dress? Did she finally find the venue? Is this about her wedding at all? I choose to believe so.

It surely seems that Ciara and Wilson are very eager and excited about their very near future. And if a summer wedding does go down, I'm sure it will be a gorgeous one full of love.