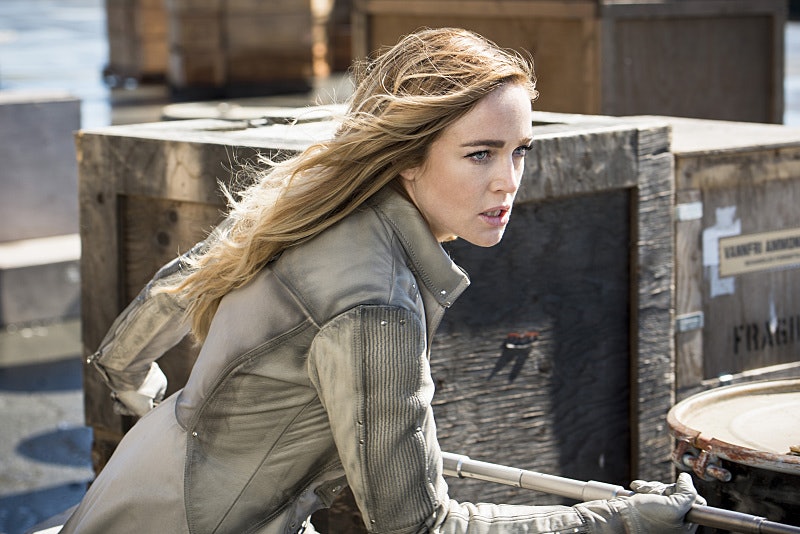 Odds are that if you're a fan of this show, then you're also an avid viewer of Arrow, which means you knew it was only a matter of time before Sara learned about Laurel's death on Legends of Tomorrow . And surprise, surprise — it was just as heartbreaking as you'd expect terrible news like that to be. Luckily, though, the person who delivered the information came in the form of Sara's father, Quentin Lance, so at least she had a friendly shoulder to cry on when the time came.

As for how it was possible for Sara to have a conversation with Papa Lance, considering she's been a little busy time-traveling all over the place, that's all thanks to Rip who returned them to their original time periods a few months after they first left. But now that Sara knows the truth about what happened to her sister, I'll be curious to see whether or not she tries to eventually convince Rip and her fellow Legend comrades to go back a little further in the timeline in order to save Laurel. I mean, if Rip could go through all of this to try and save his family, why shouldn't they be able to go back and do the same thing for the people they care about most in the world? (Rip insists that the outcome would remain the same even if the whole team went, but I refuse to give up hope!)

Knowing Sara, I doubt she'll be able to let this news go for long without trying to prevent it from ever happening. And even if their attempt did fail, it'd be a great excuse to see Katie Cassidy up on our screens again. That's the thing about time travel, though. It always gives you the illusion that it you have the power to change things. But as we're all starting to see, that may work well in theory, but in execution, it's a whole other story. However, now that the Time Masters can no longer control their destiny, anything is possible... right?

Either way, I'm glad that Sara finally knows about Laurel. She deserves a chance to grieve... and possibly alter the outcome down the line.