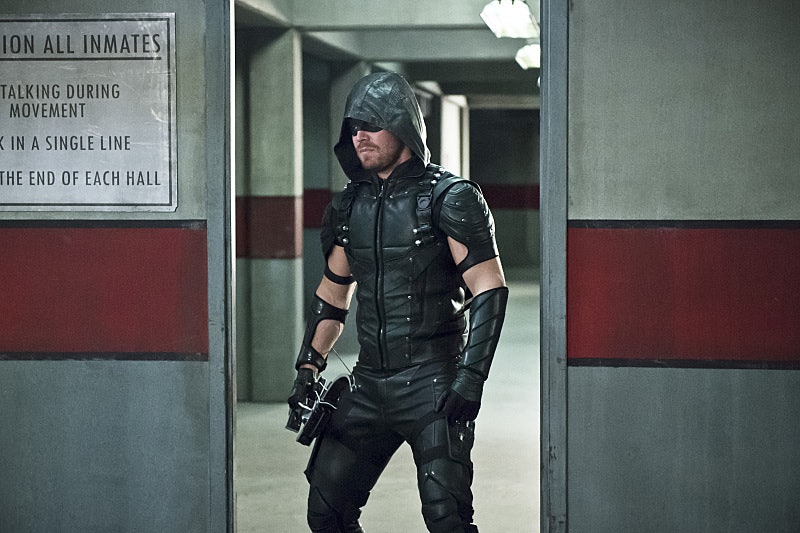 Well, there you have it, folks. After months and months of predicting who would end up in that Arrow grave, the series finally delivered that long-awaited mystery. But that didn't make finding out the truth any less difficult to bear, even if it did make the most sense. There's really no easy to way to say, so I'll just come out with it: The Black Canary known as Laurel Lance died on Arrow Wednesday night, and when you think about it, this heartbreaking end was actually a long time coming.

From the very moment Damien Darhk made his grand debut, he had used Captain Lance's love for his daughter to keep him in check. He threatened to kill her if he didn't obey. So when Lance made the decision to testify against Darhk on the witness stand, thus convincing the judge to send Darhk to prison without bail, it was only a matter of time before this villain made good on his promise. He struck Laurel with a deadly blow (with Oliver's arrow no less) and told her to give Captain Lance a message for him: "I'm a man of my word." At first, recovery seemed probable, but we should've known Darhk wouldn't let any of his targets be that lucky.

But even with this sound logic behind the cause of her death, it's still shocking that she was the one to go, considering what a prominent character The Black Canary is within the DC Comics universe. I mean, Arrow has made some pretty bold moves in the past, but this just seems to be really extreme, especially since Laurel's only just hit her vigilante stride. She didn't don The Black Canary mask until Season 3, so killing off in Season 4 feels slightly unfair. Not to mention that she's grown so much as a person thanks to her nighttime hobby of crime-fighting. I hate to see such a strong and independent female character leave the show. And don't even get me started on Lance's soul-crushing reaction to losing yet another daughter.

That being said, I would be arguing against any character they decided to kill off, so I was never going to come out of this episode very happy with the outcome. Goodbyes are always difficult, but that doesn't mean that Laurel can't occasionally pop up from time to time. Sure, the death itself seems pretty permanent, but there's always the possibility of seeing her during a flashback sequence. And I think we can all agree that some Laurel Lance is certainly better than no Laurel Lance at all. RIP, Black Canary. You will be sorely missed.