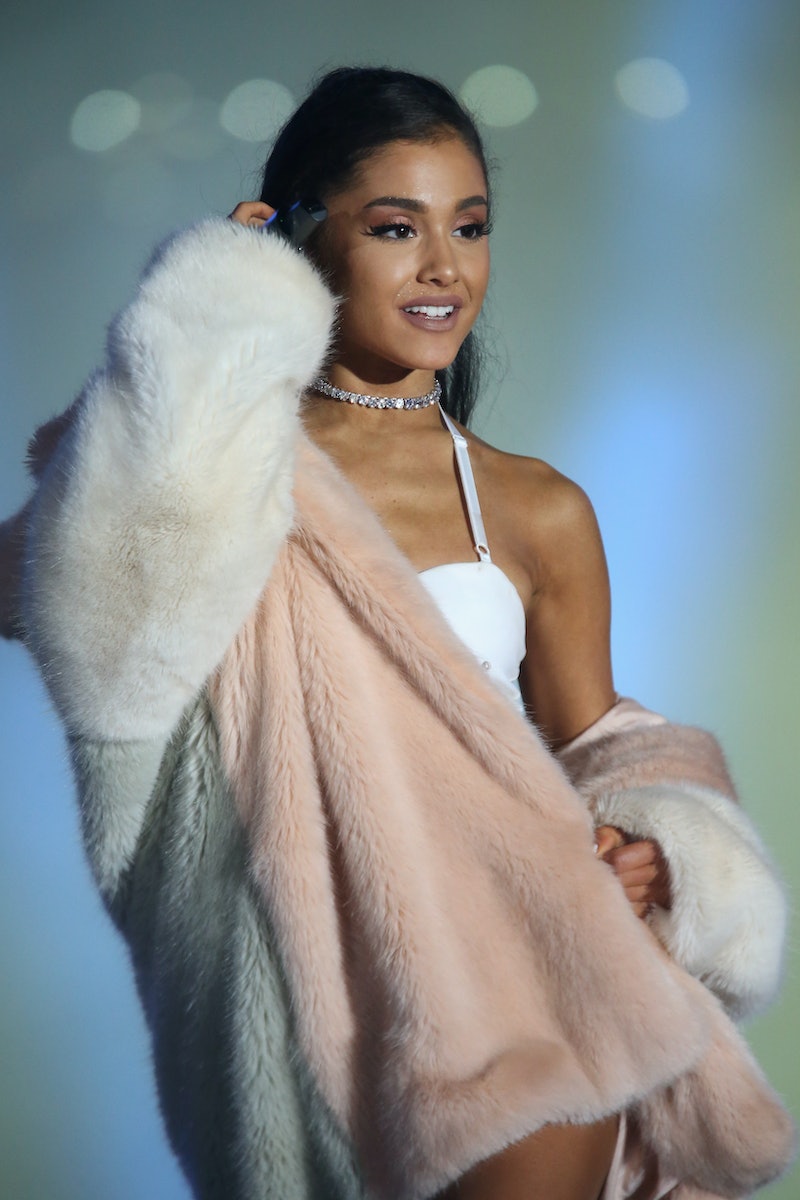 I don't typically like to jump to conclusions about these sorts of things, but, I mean, sometimes it's kind of hard not to. Ariana Grande released her new album, Dangerous Woman on Friday, and there is a certain song in particular that has me stroking my imaginary beard whilst going, "Hmmm..." Why? Because I want to know if Grande's song "Sometimes," is about Ricky Alvarez, her low key boyfriend. Because, it, uh, certainly sounds that way.

Not that I'm trying to expose her or anything, I just think it's super cute to dedicate such a romantic song to your significant other and have it be, on some level, somewhat of a secret. Honestly, figuring out whether or not this song is about Alvarez isn't that big of a deal to begin with. As Hollywood Life points out, in her Billboard interview, her co-writer and friend, Victoria Monet, already indirectly revealed that another song, "Moonlight" was in reference to him. Monet said,

That’s what Ricky called her one night. I think it was after their first kiss. He waited to kiss her for a long time, and she was really impressed. He’s such a gentleman, and the song is a great little bookmark of the start of their relationship.

Odds that another of Grande's songs has Alvarez as the subject? Quite high. But perhaps what Grande said in her Billboard interview is even more telling in regards to the lyrics of "Sometimes." She told Billboard about their romance,

We’re happy. I’m a very happy girl. I have a healthy life right now, and I think that’s all anyone cares to know. The end.

Actually, fans would like to know more, but I respect her wanting to keep some things close to the vest. The important thing here is that while she was concise in her relationship blurb, it still makes a whole lot of sense in the context of the song. "Sometimes" is about finding that undeniable love, the kind that makes you question all the people who came before, because you weren't aware that you could be that content with another human. It's about being, yes, "happy" in a relationship.

Just take a look at these lyrics:

And consider the below verse, too:

Convinced? I am. Those lyrics sound exactly like someone who is enthralled with their current relationship and secure enough in it to not go on about it to the press, but to instead use it as creative fuel. She told Billboard about her lyrics: "I’m much better at making songs than telling people things." So, we might not have direct confirmation that "Sometimes" is about Alvarez (yet), but I can't imagine who else it'd be about.