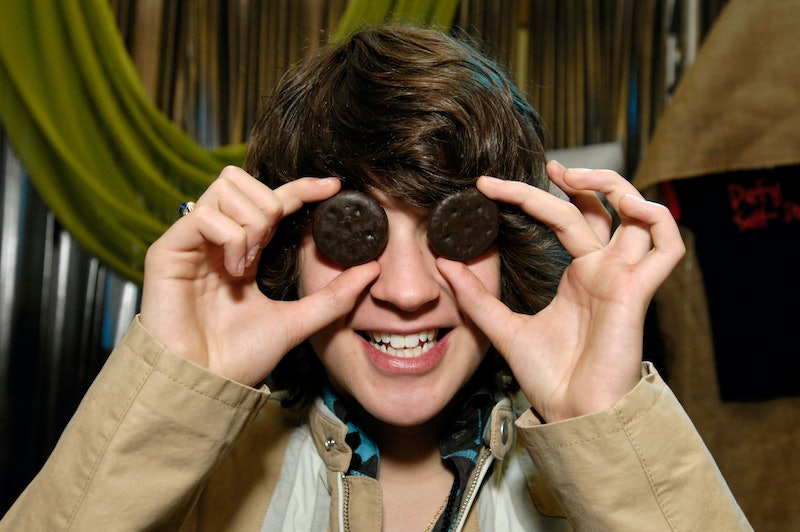 It's times like these I'm proudest to be from the Bay Area. Future business tycoon/13-year-old Girl Scout Danielle Lay has set up shop outside the Green Cross medical marijuana dispensary in San Francisco, California. Other reports have surfaced of Girl Scouts selling outside dispensaries in California and Colorado. If you munchie it, they will come.

"After 45 minutes she had to call for reinforcement cookies…back-ups," Bert said. "Her mother was quoted as saying that she sold about 117 boxes in two hours."

Back in my day, we had to trudge through the non-existent Oakland snow and sell cookies to stoners door-to-door. Times was rough.

Danielle's mom, obviously, is awesome. She told Mashable that she figured this was actually a good way to start a dialogue with her daughter about drugs.

"You put it in terms that they may understand," Carol said. "I'm not condoning it, I'm not saying go out in the streets and take marijuana [...] It also adds a little bit of cool factor. I can be a cool parent for a little bit."

Officially, Girls Scouts of America is not on board with this targeted sales tactic. After reports surfaced of similar pop-up shops in Colorado, Girl Scouts of Colo. tweeted:

This seems like a great way to keep alumni involved, if you ask me. After all — there's already a strain of marijuana called Girl Scout Cookie — why not take this to its logical conclusion?

OK, maybe that would be problematic.