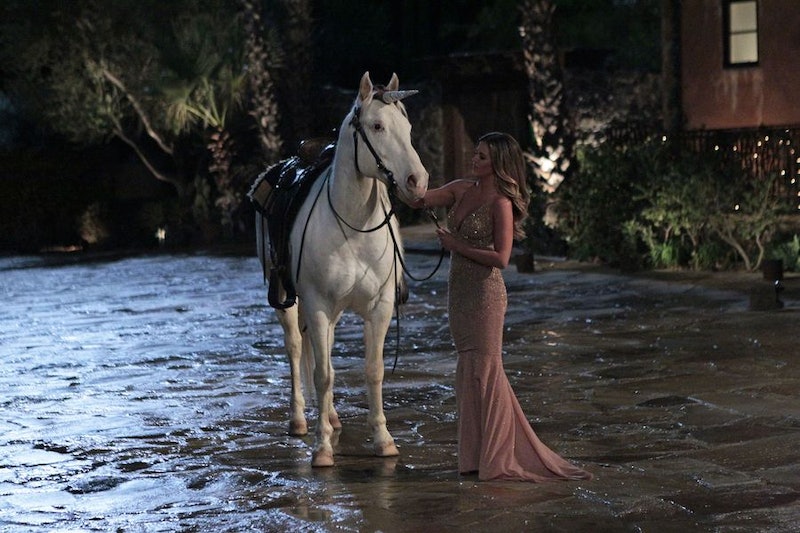 There are many things you notice about someone when you meet them for the first time. The color of their eyes, their clothes, their hair, and maybe even their height. So, with the new season of The Bachelorette starting and many new men meeting the leading lady for the first time, how tall is Bachelorette star JoJo? Well, she's certainly a lot shorter than the leading man from last season. Ben Higgins is 6'4" and was one of the tallest Bachelors to date. And, JoJo was a whole foot shorter than him.

That's right, according to the official ABC site, JoJo comes in at 5'4", which is the average height for a woman in America, according to Centers for Disease Control and Prevention as reported by Livestrong. So, JoJo's height makes her a good representation of the larger female population who will be watching and wondering what it must be like dating double-digits worth of men at the same time who all live in a house together. However, just because she's an average height doesn't mean she's as average person. An assortment of people who share her height have gone on to do some pretty amazing things. Here are some of the most famous members of the 5'4" club.

According to Hollywood Life, the Godmother of modern Pop music Britney Spears comes in at a reported 5' 4" which means she's just as tall as JoJo. Spears has had a tumultuous decade and a half since her ascension to superstardom began, but has landed on even footing and is poised to continue shaking up the pop music world. Will JoJo shake up The Bachelorette in the same way?

Olivia Pope herself is 5'4" according to WetPaint, but her average height doesn't stop her from toppling the most powerful figures in Washington, and it doesn't stop Kerry Washington from taking on some of the biggest roles in Hollywood.

Mila Kunis, of That '70s Show, Black Swan, and about a thousand other projects, comes in at 5'4" according to an interview she did with EHarmony. And, she is more than capable of holding her own against threats larger than a group of attractive men in a house.

According to The Mirror, Helen Mirren is 5'4". If Jojo can take Mirren's stature as inspiration, she could be the most elegant Bachelorette to hand out roses.

JoJo may be 5'4", likely making her shorter than any of her Bachelors, but height is just that — height. A delineation of how far the top of your head is from the ground. Unless basketball or horse racing play a large part of the season, height is going to be the last thing that anyone in the mansion is going to be worrying about.