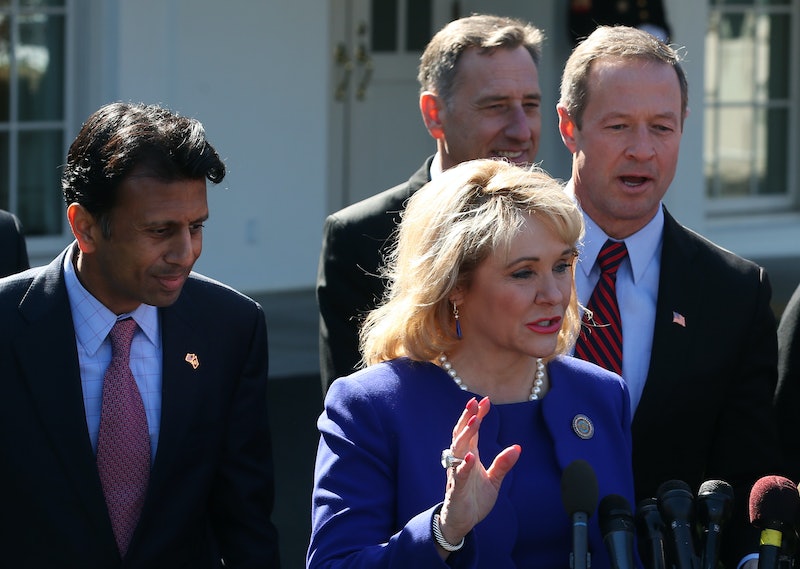 Just one day after it was passed, Governor Mary Fallin vetoed Oklahoma's anti-abortion bill, which would have almost completely banned the procedure in the state. As written, the bill would have only allowed abortions that a physician deemed "necessary to preserve the life of the mother," but Fallin, who staunchly opposes abortion, found this language "vague and ambiguous," and vetoed the bill. Had the legislation become law, it almost certainly would have been challenged aggressively in the courts by pro-choice groups.

The bill would have prevented physicians who performed abortions from renewing or obtaining medical licenses, and also subject them to criminal penalties. It carved out an exception if a doctor determined that an abortion was necessary to save a pregnant woman's life. However, Fallin argued that the bill offered no "definition, analysis or medical standard" for doctors to use in making this determination, leaving physicians unclear when they were and weren't allowed to perform abortions.

"Although Senate Bill 1552 exclude's a mother's threat of self-harm from the exception of preserving the life of the mother, Senate bill 1552 does not define 'necessary to preserve the life of the mother,'" Fallin wrote in a letter explaining the veto. "The absence of any definition, analysis or medical standard renders this exception vague, indefinite and vulnerable to subjective interpretation and application."

This veto is welcome news for Oklahoma women and pro-choice activists — but this may not be the end of the story. Fallin vetoed the legislation not because it was clearly unconstitutional, but because it lacked a proper definition of "necessary to preserve the life of the mother." This suggests that if lawmakers revised the bill to include a better definition of that phrase, Fallin might sign it. In her letter to lawmakers, Fallin was careful to note that "I consistently have and continue to support a re-examination of the United States Supreme Court's decision in Roe v. Wade."

The question is, why did Fallin actually veto the bill? Was it strictly because it contained a vague definition, or was there another reason? She could have been attempting to avoid a protracted and costly legal battle surrounding the bill's controversy, for example. Fallin has also made it clear that she wants to be Donald Trump's running mate, and that probably won't happen if she's at the center of a national controversy over one of the most divisive policy issues in the country when Trump is making his decision.

Whatever the reason, Fallin's veto means that, at least for the time being, abortions are still legal in the state of Oklahoma.