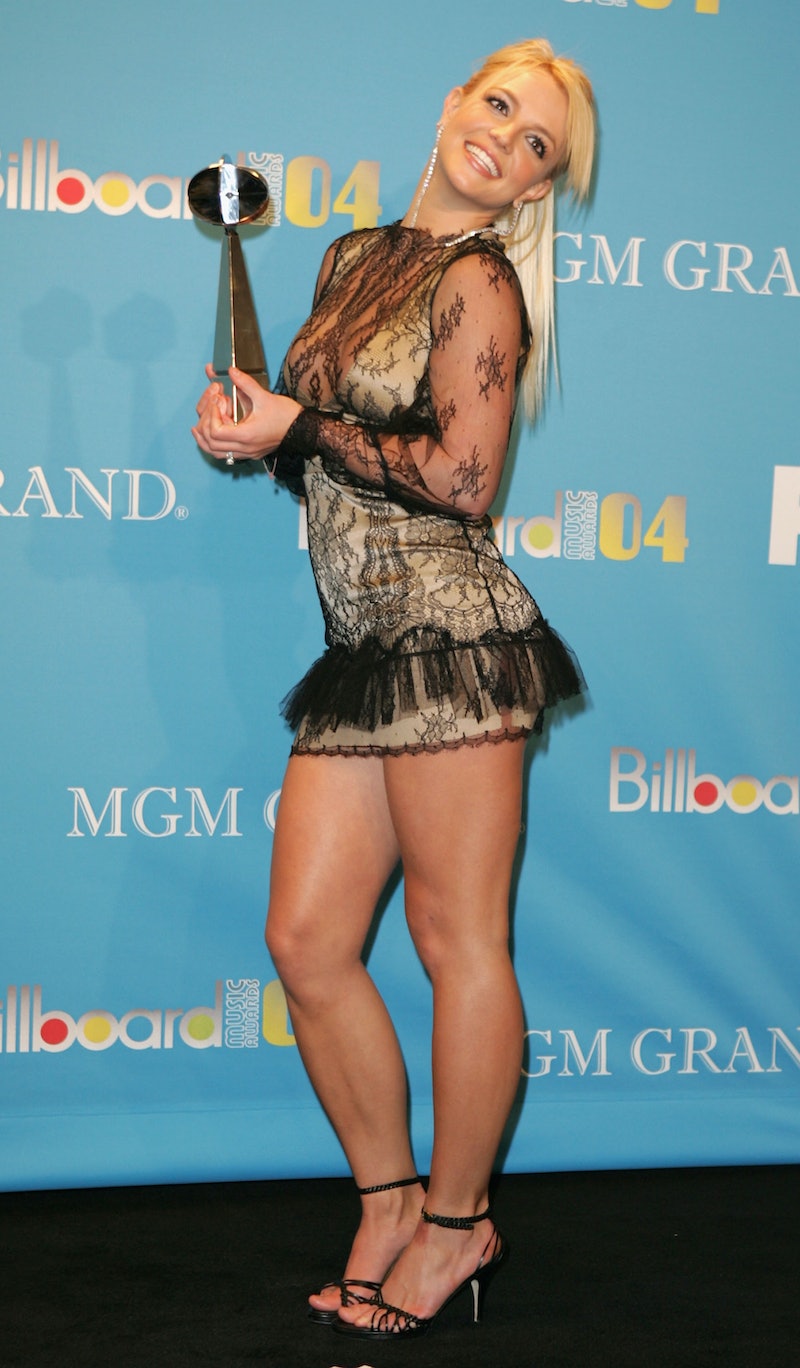 There are certain pop stars and award shows that seemingly go hand-in-hand. Like Madonna to the MTV Video Music Awards or Adele to the Grammys, there's something about Britney Spears at the Billboard Music Awards that turns the annual event into a must-see extravaganza. It's no surprise that Spears is receiving the 2016 Billboard Millennium Award this year and also opening the star-studded show with a medley of her hits.

The princess of pop has made such a lasting impression at this awards show ever since her very first Billboard Music Awards appearance in 1998. Back then, Usher and the soundtrack to Titanic were the big winners, while Spears wasn't even nominated. However, she worked the red carpet like a pop star-in-training in a lavender gown paired with a white shawl. Spears' look has evolved since then and over the years, has shown up either on the red carpet or on stage at the Billboard Music Awards in truly unforgettable ensembles.

Bunny mask aside, Spears has given us life with her other Billboard Music Awards ensembles.

In 2011, the same year when Brit and Rihanna stole the Billboard Music Awards with "S&M," the singer returned for a second performance. This time, Spears played dress up in a maybe sexy policeman costume to sing "Till The World Ends" with Nicki Minaj.

She went sheer back in 2004 in a chic mini-dress, but also brought her pet dog and ex-husband Kevin Federline as her red carpet dates.

Spears was a full-blown pop star in 2000 and she definitely dressed the part in this fuchsia and pink showstopper.

More like this
Britney Spears Shares Unknown Details Of Conservatorship In New Voice Notes
By El Hunt
These Are The Best Socks A Woman Can Buy
By Lisa Fogarty
The 2022 Emmys' Top Nail Trends
By Olivia Rose Ferreiro
How To Wear A Bucket Hat Like Rihanna, Dua Lipa, & More
By Allie Fasanella
Get Even More From Bustle — Sign Up For The Newsletter