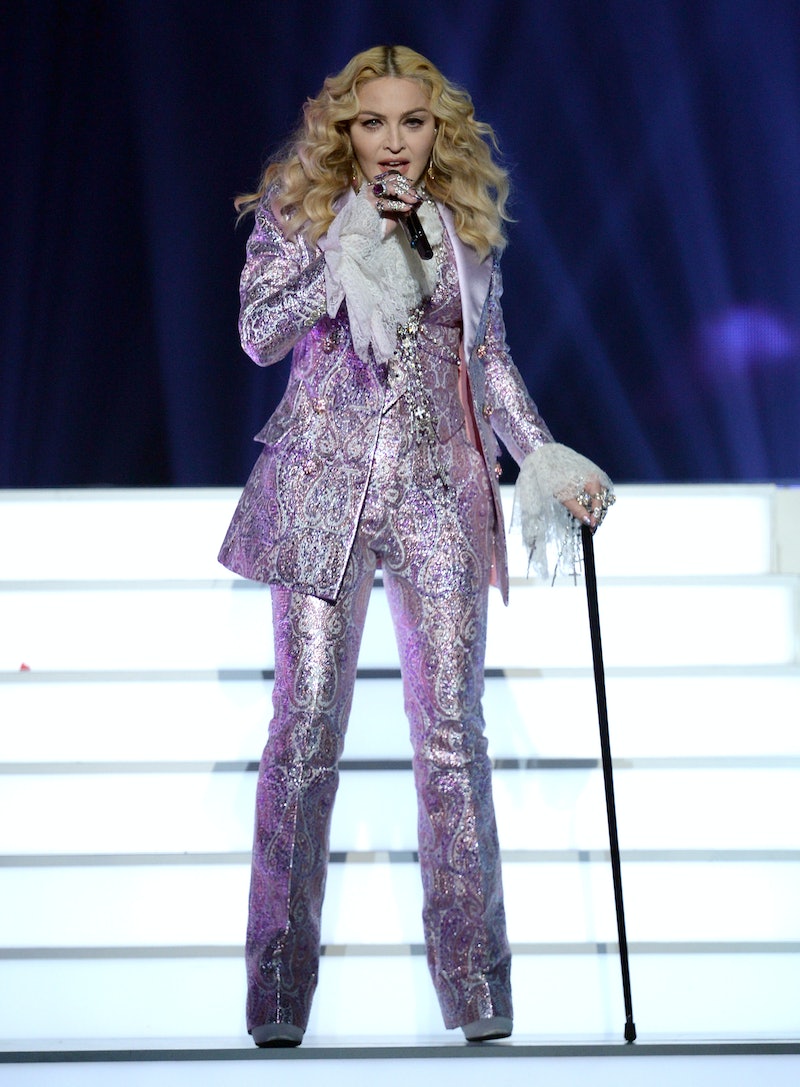 It's only May, but music fans have already mourned the unexpected loss of so many legends in 2016, including the incomparable Prince. It's only been a month since the news of the Purple One's death rocked the music industry and fans alike, so it's only fitting that the Billboard Music Awards honored the artist during Sunday night's show. Madonna's Prince tribute opened with "Nothing Compares 2 U," which is an interesting choice, considering that most people associate this song with Sinead O'Connor's version. But the tune is indeed a Prince original, and it makes a lot of sense that Madonna chose to sing it at the Awards.

What makes this tribute especially special is that Madonna and Prince's relationship was one of close friends and collaborators. The love was apparent as the performance began, when Madonna belted out his song "Nothing Compares 2 U," dressed very much like the Purple One, cane and all. But why choose a song that isn't widely associated with Prince to open the performance? Well, Prince recorded "Nothing Compares 2 U" as part of one of his side projects, The Family, and it was released in 1985. In 1990, O'Connor covered the song and it became a worldwide hit. But according to an interview with the Irish Independent, O'Connor and Prince reportedly didn't get along at all. "He summoned me to his house after 'Nothing Compares,'" O'Connor told the publication in 2014. "I made it without him. I'd never met him...He said he didn't like me saying bad words in interviews. So I told him to f*ck off." Yikes.

Considering this song is mostly associated with O'Connor and not Prince, it's a curious choice for Madge begin a tribute to him with it, but you could tell Madonna meant those lyrics she sang. And later, Madge brought legend Stevie Wonder to the purple stage to sing Prince's "Purple Rain," which is one of the artist's most famous and iconic songs. Perhaps she thought it would be too much to open with "Purple Rain," or maybe she thought it was more important to mourn her close friend's death with "Nothing Compares 2 U," before celebrating it with "Purple Rain." Regardless of the reason, one things is clear: nothing compares to Prince.