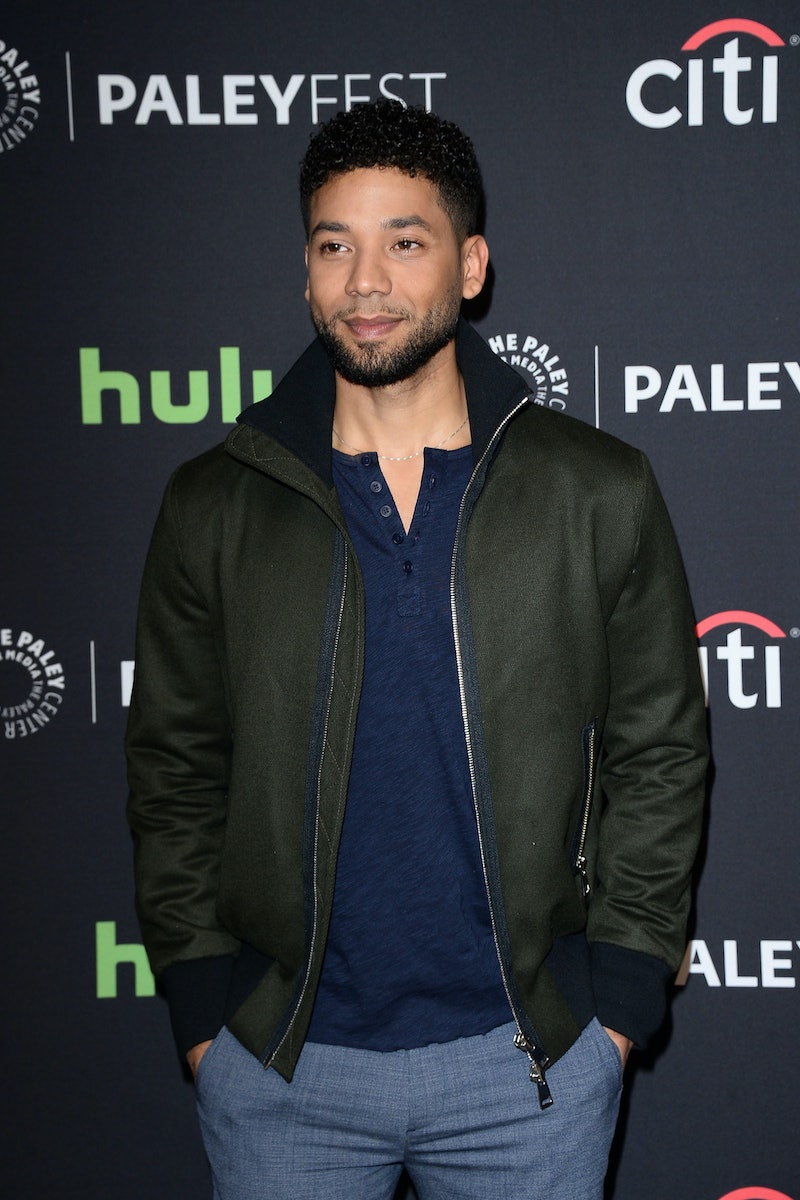 After posting a couple weeks ago an announcement that freaked out fans, actor Jussie Smollett confirmed that he's not leaving Empire — it was all a prank. Unfortunately, he did not let on that it was a trick soon enough, as fans of the musical FOX show began reacting in anger, even resorting to death threats, after Smollett posted on his Twitter in May what seemed like a farewell: "I've thoroughly enjoyed my time w/ @EmpireFOX. I love you all. Truth. Time 2 make a record & some movies. #Empire 🌹." Less than a week later, he posted another tweet clarifying that it was a joke: "Listen 2 my words...I'll see y'all season 3. #IAintGoingNoWhere #IAintNoDumbHo #StillIRise #EmpireFinale #empire."

In an interview the Friday after his original tweet, Smollett revealed to Billboard that the joke cost him (and Empire creator Lee Daniels) more than he anticipated:

"I was thinking like my little core group of amazing fans would be like, 'What?' But it just went so much further. Like there were calls about it and Lee (Daniels) was getting death threats about it. It was hilarious to watch. Hilarious!"

Smollett's prank isn't the first time a celebrity's "hilarious" prank has gone over the heads of fans. Here are some other times that stars have upset their audiences (and fellow celebs) with jokes good and bad.

At the Brittania Awards, Baron Cohen tricked the audience into thinking (for a few moments at least) that he might have accidentally killed the presenter by pushing her off stage in a wheelchair.

On April Fools in 2015, Smith tweeted "I'm straight," and quickly followed it up with an "April Fools!" Understandably, some people found the joke a little insensitive.

Back in 2011, Bieber posted a classic prank to Youtube: ordering a Frosty at Wendy's and then going to Burger King to complain that they didn't get his order right. Unfortunately, the result is a little mean.

At the MTV music awards, Baron once again made a splash, flying in as his character Bruno and crashing into Eminem, who stormed out. Only later did audiences realize that Eminem had been in on the joke.

The Luke Skywalker actor posted a ton of teasing tweets to get himself more followers and allegedly reveal spoilers about the upcoming Star Wars movie, eventually leaving hungry Star Wars fans with... nothing.

Kourtney Kardashian posted a bunch of Snapchat videos of her allegedly discovering her on again/off again boyfriend in bed with her much younger sister Kendall. This was a little weird, considering that Scott's infidelity reportedly caused his break-up with Kourt.

All these celebrities meant well, but the hard thing about pranks is that they are usually funniest when the little guy can pick on the big guy. Celebs might be too high on the totem pole to pull off most pranks — well, unless they're on George Clooney.