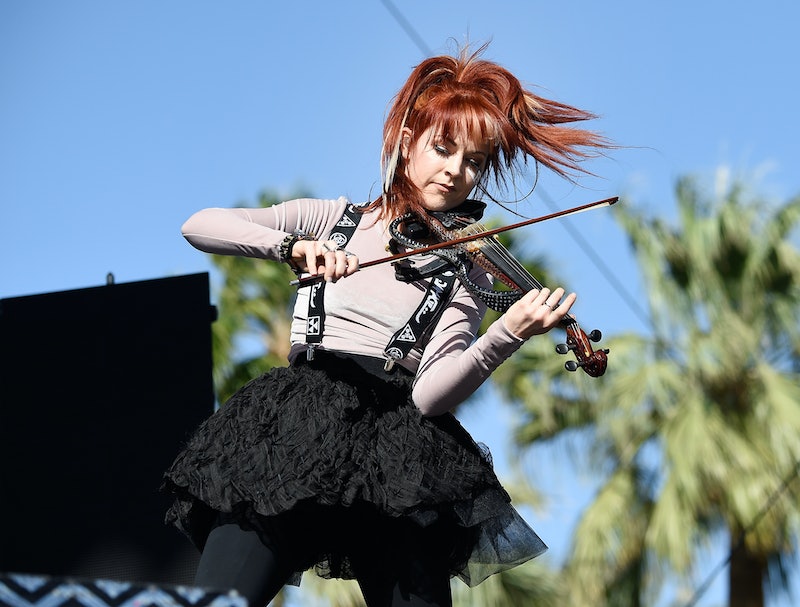 When Céline Dion takes the stage at the 2016 Billboard Music Awards during her Icon Award speech and performance, it'll be hard to pay attention to anything else, but you're going to want to check out the violinist standing by her side. If you've been wondering who Lindsey Stirling is, you won't be for much longer once you see her rock the stage and give Dion some impressive support.

Stirling is an electric violinist and former America's Got Talent contestant who gained fame from Youtube; currently, she has more than 7.8 million subscribers and 1 billion views on her channel, and according to People, she's the highest-paid woman on YouTube. Yet if you don't tune into her channel, you might not have known who she is — until now. At the Billboard Awards, Stirling is set to join Dion during a performance of Queen's "The Show Must Go On," a song that'll pay tribute to Dion's late husband, René Angéli. It'll certainly be a moving, unforgettable show.

How gorgeous is this?

This Pentatonix collab on the Imagine Dragons cover is unforgettable.

If you thought the John Legend song couldn't get prettier, this will prove you wrong.