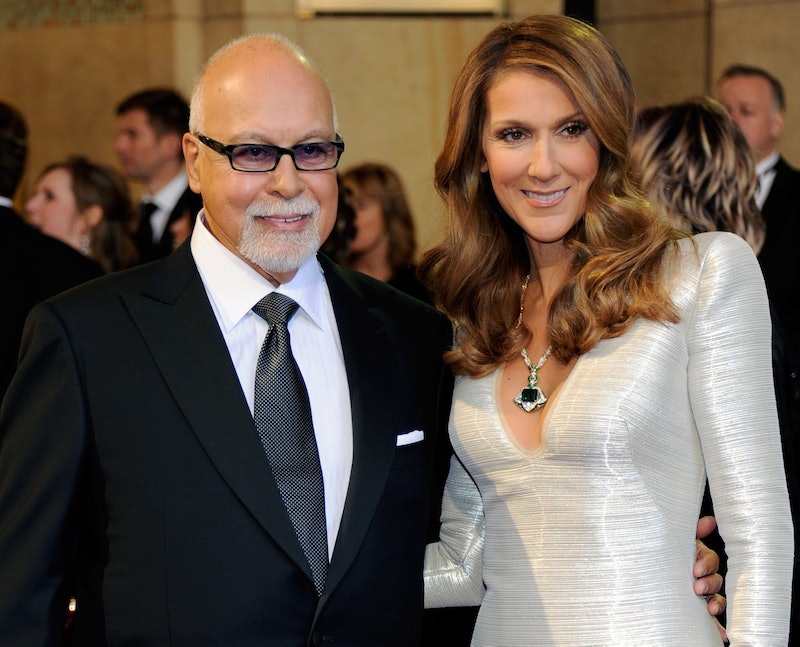 Back in January, Céline Dion faced devastating news. Within the span of a few days, Dion's husband, René Angélil died, and she also lost her brother, David. At Sunday night's Billboard Music Awards, Dion is returning to the stage for her first live TV performance since losing her loved ones and to receive the ICON lifetime achievement award. It's four months later, but you may be wondering: What caused Angélil's death? Unfortunately, he lost a long battle to lung cancer. At the time, his rep released the following statement to People: "Rene Angélil, 73, passed away this morning at his home in Las Vegas after a long and courageous battle against cancer."

Angélil was diagnosed with throat cancer in 1999, according to Entertainment Tonight. The site also reports that he had a tumor removed from his throat in 2013. During an emotional interview with Good Morning America in 2015, Dion was open about how her husband's battle affected their lives. At the time, she said, "He can’t use his mouth. He can’t eat. So I feed him. He has a feeding tube. I have to feed him three times a day." She even took time off from her Las Vegas residency to look after his health in 2015. Sadly, Angélil lost his battle with cancer in January 2016.

It's inspiring that Dion is taking the stage at the BBMAs and this shows she's not giving up on her passion — no matter what hardships life throws her way. She echoed this idea when she first returned to The Colosseum in February. At her first show, she told the crowd, according to Us Weekly,

I understood that my career was in a way his masterpiece, his song, his symphony. The idea of leaving it unfinished would have hurt him terribly. I realized that if he ever left us, I would have to continue without him, for him.

Surely her Billboard Music Awards performance will be a touching tribute. It's clear that her heart — and her music — will go on.