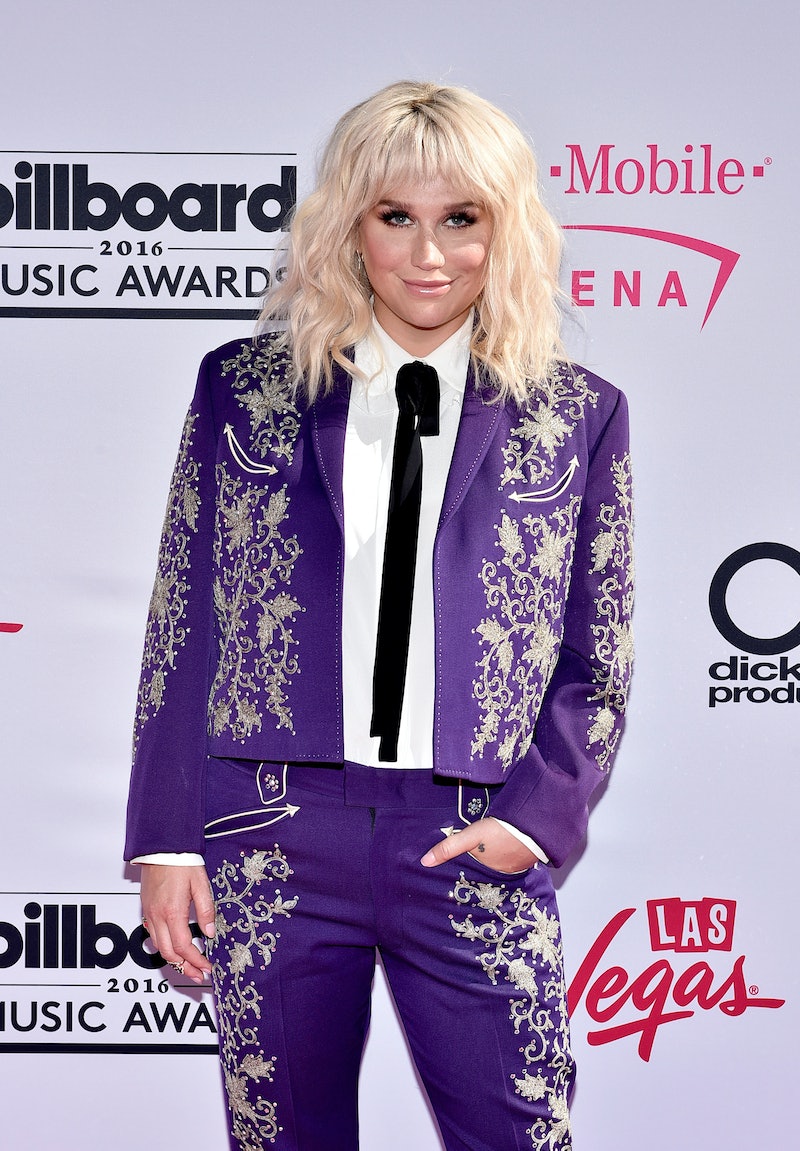 There is no doubt that Kesha's 2016 Billboard Music Awards performance is the most highly-anticipated number of the night, now that it is officially back on. But that's not the only headline Kesha will be making Sunday night: As the singer-songwriter arrived on the red (er, pink) carpet for the BBMAs, fans and eagle-eyed viewers instantly noticed that she was not alone. In fact, Kesha brought Ben Folds as her 2016 BBMAs date, and it may be a sign of what's to come in her performance on Sunday night.

Though the pairing of Kesha and Folds might seem random, the two have long respected each other's work (Ben Folds covered Kesha's "$leazy" back in 2011), and performed together in concert Wednesday, singing Bob Dylan's "It Ain't Me Babe" just as she intended to do at the BBMAs (at the time, Dick Clark Productions had released a statement saying her performance at the awards show was canceled). Since Folds is Kesha's date — and her BBMAs performance is officially on — I'm guessing it's likely the Bob Dylan tribute will still go on as planned, and "It Ain't Me Babe" certainly looks like a top contender for the song she'll perform.

But in addition to the fact that Kesha and Folds certainly have a positive working relationship, it certainly didn't go unnoticed that their friendship was all kinds of adorable — just look how darn happy they are posing together. Those are smiles that just radiate throughout all of Vegas, if you ask me.

Folds is one of the many artists who has supported Kesha, not only standing by her side (literally), but — by inviting her up to perform three songs with him in concert last week — giving her even more of a platform and an opportunity to use her voice. And that's something that can never be appreciated enough. #FriendshipGoals, for sure.