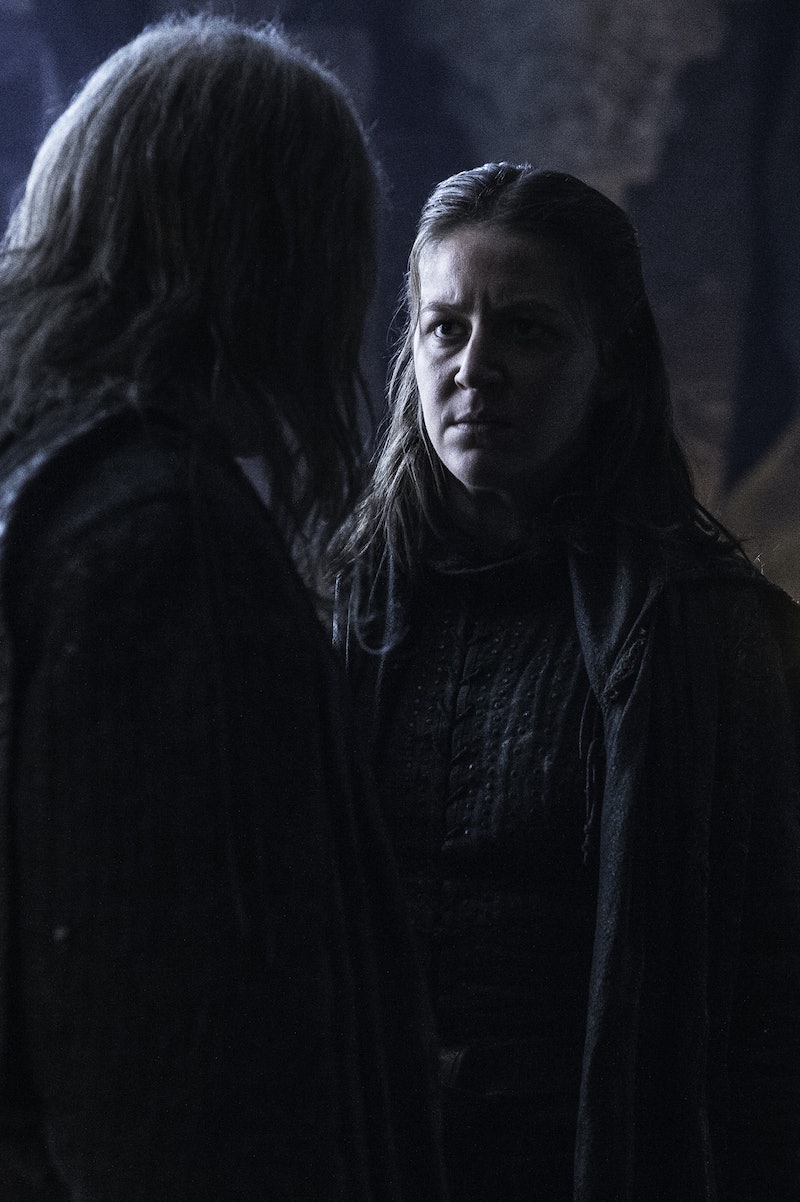 Well, that escalated quickly. Euron Greyjoy came barreling back into our lives a couple of weeks ago when he threw his own brother Balon Greyjoy over a bridge to his death. Things got hairy from there because Balon happened to be the king of the Iron Islands, and now there's a vacancy that his daughter, Yara intended to fill. But, Euron has contested that claim and also hatched a plan to find the Mother of Dragons and seduce her. Will Euron actually find Daenerys on Game of Thrones, though?

Well, it looks like the show is giving Euron someone else's book plotline. In A Dance With Dragons, it's Quentyn Martell who is sent across the Narrow Sea to find Daenerys and marry her. This plan was intended to strengthen a bond that once existed between the Targaryens and the Martells. Quentyn is the son of Prince Doran Martell in the books and it appears that Euron is going to be melded into his character in the show. He is now on the mission to find Daenerys, so they can gain her army and dragons.

While Balon wasn't exactly a basket of treats, his brother Euron is pretty savage. Immediately after being crowned the new King of the Iron Islands, he asked where Yara and Theon were (his niece and nephew, remember) because he wanted to murder them.

I truly hope this guy doesn't find Dany, but even if he does, she is too smart to fall for his shenanigans.