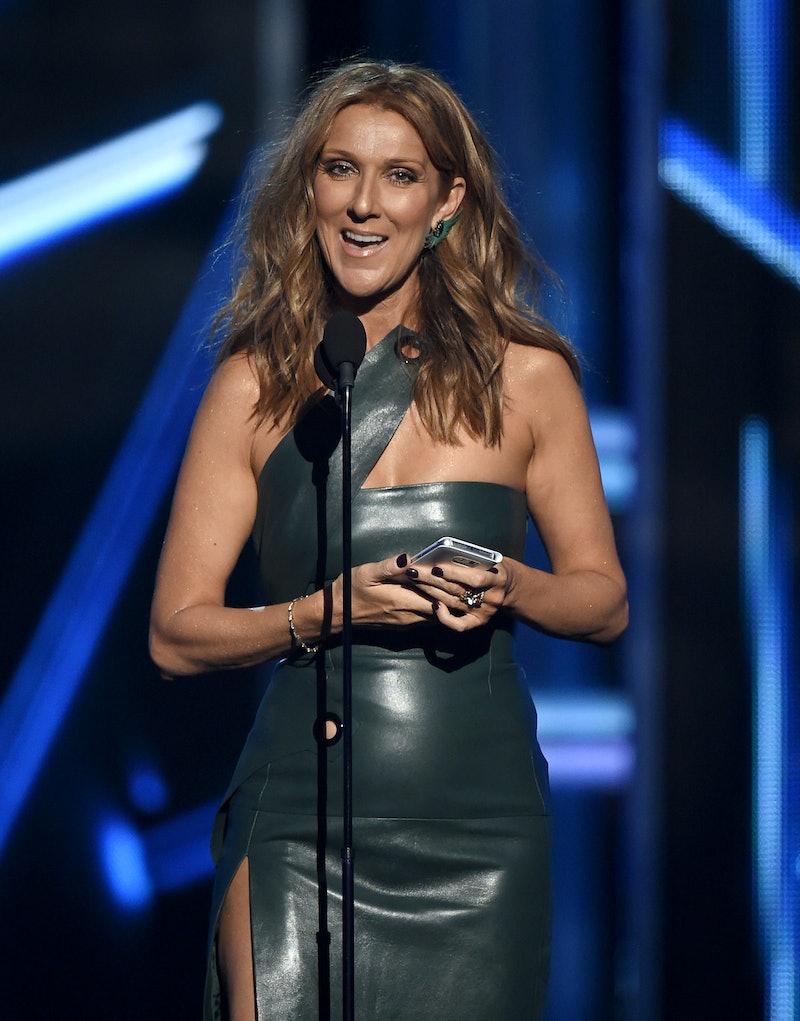 In a night full of emotional moments, from Kesha performing to The Weeknd paying tribute to Prince, Céline Dion's Icon Award speech was perhaps the most tear-jerking of all. Accepting the honor, which celebrated her incredible, decades-long career in the music industry, the legendary Dion gave a beautiful, moving speech that not only thanked her fans and loved ones, but paid tribute to her late husband, René Angélil, who died in early 2016.

Dion accepted the award not only from Seal, who introduced a montage of highlights from the star's career, but from her son René-Charles. The teen's appearance came as a huge surprise to Dion, and the singer was clearly overwhelmed in the very best way. She quickly apologized for crying in front of her son and the audience — "I want to be so strong for my family and my kids" — before going into a heartbreaking speech.

"This is such a tremendous honor, of course. You know music has been my passion since before I can almost remember. So many people have helped me get where I am today... most especially, I want to thank the fans for traveling through music with me in good and bad times," Dion said. She then thanked a handful of music insiders before moving on to her loved ones. Said an emotional Dion, "My family, my mom who wrote my first song, my children... and most importantly, my beloved husband, whom I know will continue to watch over me from up above."

What a gorgeous speech. Before closing out, Dion quickly spoke in French, saying, "Thank you to everyone who believed in me," before paying tribute to both her husband and the Queen song she performed at the awards in English with, "Rene, this one's for you. The show must go on."

There wasn't a dry eye in the house after that moving speech.