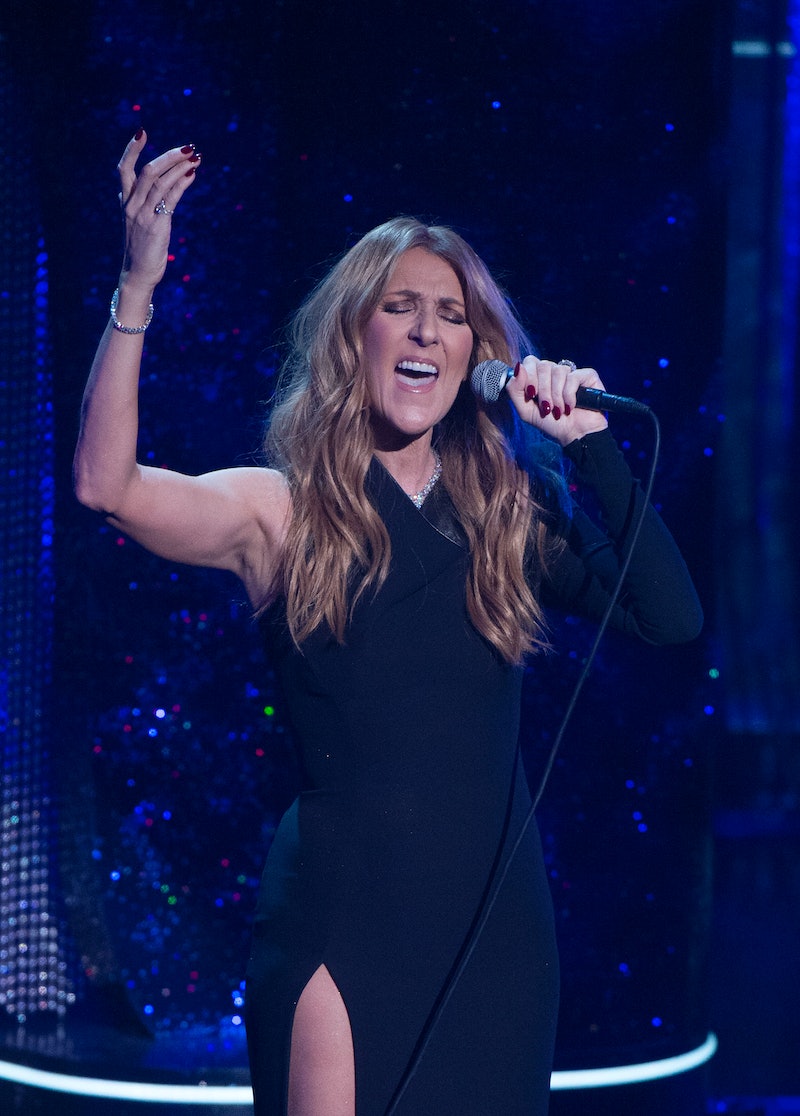 Not that anyone doubted it, but at the 2016 Billboard Music Awards, Céline Dion proved that she's truly one of the greats. At Sunday's show, the singer was honored with the Icon Award in celebration of decades of incredible work, and during her acceptance of the award, which was presented by Seal, Dion gave a hugely moving performance of Queen's "The Show Must Go On" that undoubtedly brought listeners to tears.

At Sunday's show, Dion became just the fifth artist in Billboard history to receive the Icon Award, and the powerful performance and speech she gave while accepting the honor showed just how much the award meant to her. The singer's award and performance are especially moving considering what a heartbreaking year she's had — and the fact that the award was presented by her teenage son, Rene-Charles. In January, Dion lost her husband, René Angélil, to cancer, and just days later, her brother, Daniel, passed away from cancer, as well. Dion has shown enormous strength and resilience throughout these difficult months, and her Billboard performance is a testament to that.

Onstage, Dion was joined by Lindsey Stirling, a Youtube star and violinist who helped Dion perform a stunning version of Queen's iconic tune. The song is a perfectly fitting choice; Dion told People that it's in honor of her late husband, a massive fan of the arts. "René loved the fans so much," Dion said. "He loved the business so much. He had such respect for the artist, for the stage — for everybody who worked to make a show work. The show must go on for him. No matter what [happens in life] we have to make it work, we have to make it happen. It represents him very well."

What a beautiful sentiment, and an equally gorgeous performance.