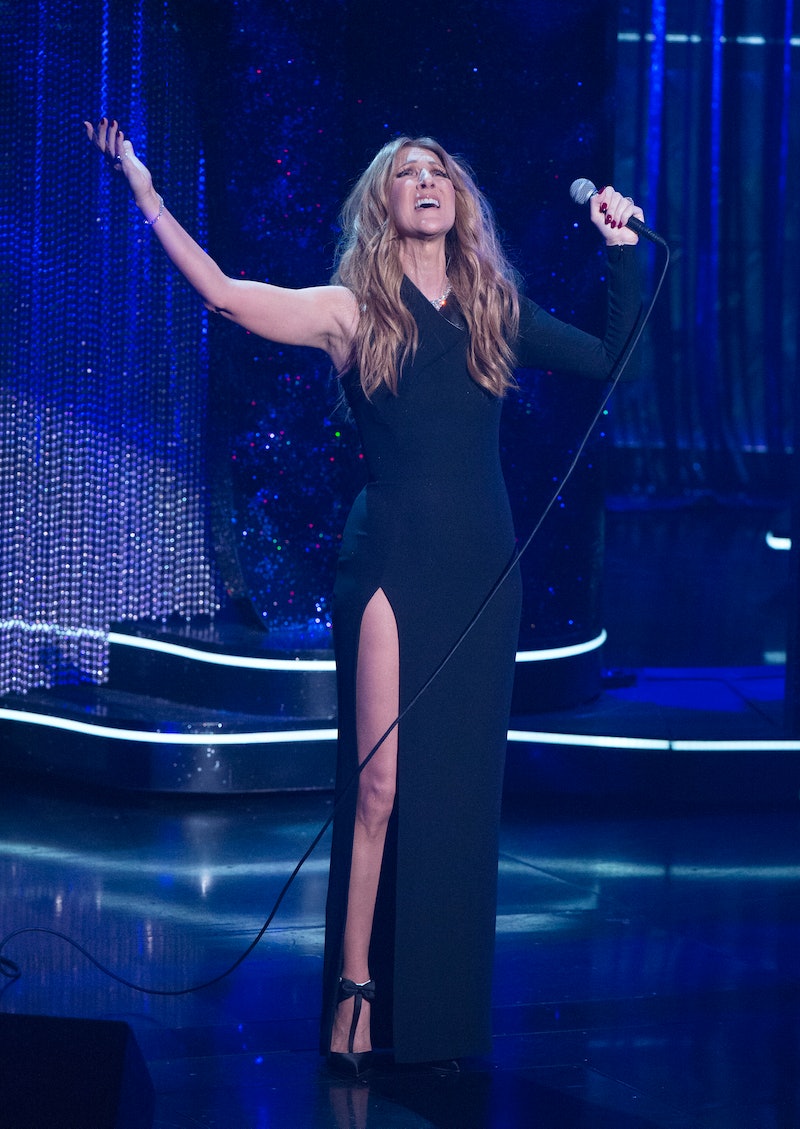 It was expected that Celine Dion was going to be honored with the Icon Award at the 2016 Billboard Music Awards — but no one, least of all the legendary singer herself, knew that her son René-Charles Angelil was going to be the one to present her with the statue. Celine Dion's emotional reaction at the Billboard Music Awards was one that was beyond genuine, beyond heartfelt — it was intensely raw and real. The second that her son walked on stage and handed her the award, Dion burst into tears, and the emotion on her face was displayed for the audience at the award show (and the audience at home) to see.

The surprise moment would have been touching no matter the circumstances, but since Dion had so recently lost her husband (and for young René-Charles Angelil, his father), it held even more meaning and much more emotion. While I can bet that there was not a dry eye in the house, there certainly wasn't in my house. Dion's visibly emotional reaction was palpable, and it was certainly felt by all. And with her son by her side, and his hand in hers, Dion thanked the people who helped her along the way — and dedicated the award to her late husband in a powerful speech that proved just how strong she really is.

See the touching surprise moment in the video below.