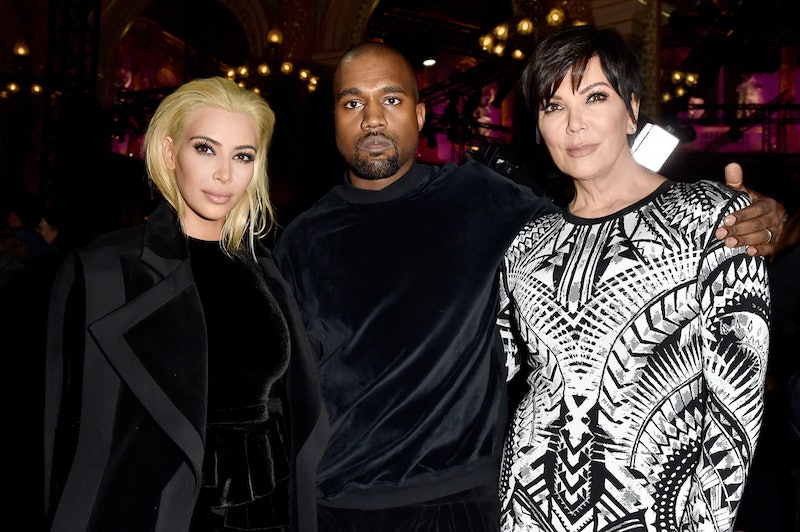 I don't know how long Kim Kardashian and Kanye West really lived with Kris Jenner, but I'm willing to bet they've spent more time living with her than without her since they tied the knot. Between all of their remodeling, these two— plus North and Saint, don't forget! — have officially overstayed their welcome. And unfortunately, they'd been infringing on their generous mom's personal space for so long that it was causing a bit of drama in Kim's relationship with Kris. But don't worry, guys. Kris' time of tragedy is finally over! Kim and Kanye finally moved out of Kris' house on Keeping Up With The Kardashians , and their moving day was actually really sweet.

This week's episode kicked off with the usual complaints from Kris about her and Kanye mooching off her mansion. She mentioned that, somehow, they (maybe) scratched her driveway — which no one is allowed to park in, by the way — so that was hint number one. Hint number two was way less subtle, because she unloaded all the furniture in North's bedroom by giving it to Rob, thinking that it was stuff she was supposed to let him have when he moved out... or so she says.

Kim Kardashian is a lot of things, but dumb is not one of them. She knew that Kris was dying to get her out of there and get her privacy back, and like most things Kim does, she managed to find a way to make it epic. She planned a whole day of fun for Kris and Kourtney, and with her out of the house, she moved everything out without telling her. When Kris came home, all of Kim's stuff was gone and at her house in Bel Air, and it was the cutest surprise ever.

How did Kris react? Like she'd just won a huge prize on Wheel of Fortune, basically. She walked around her house, checking out all the empty space and grinning from ear to ear. So adorable!

So, who wants to put money on the fact that Kim and Kanye will move back in someday? It could totally happen. But for now, at least, Kris has her privacy back... and hopefully North has some more furniture.