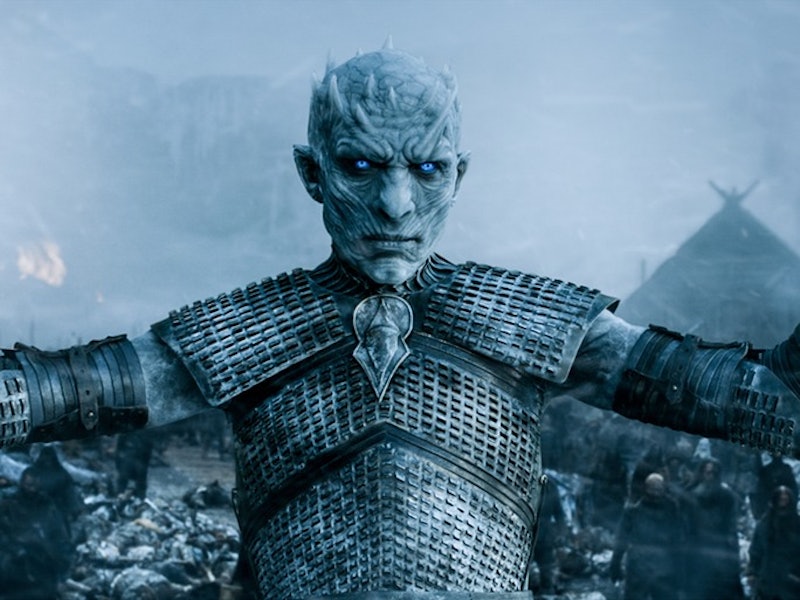 As a general rule, I tend to think that white walkers and wights aren't very nice people. In fact, they can be downright bullies when you stop and think about it. So, it shouldn't seem all that surprising that their ruler, The Night's King, went after Bran on Game of Thrones this Sunday after branding him during one of Bran's visions. I mean, murder is just kind of what these guys do as a general go-to action, you know? That being said, though, this felt more important than just recreational attempted murder. It seemed like The Night's King really wants Bran dead, given that it took his army all of two minutes to track down his whereabouts and get there to attack. But why? Why is he so adamant at stopping Bran from doing what he's doing?

Obviously, the white walkers have always been creatures of few words (or really no words at all), so it's hard to say what exactly their motivations are. But, I'm willing to bet that The Night's King can perhaps sense Bran's power and knows that he's one of the few people who could destroy him for good. I've had an on-going theory for quite some time now (as I'm sure many of you have as well), that Bran will eventually be able to warg into Dany's dragons and take down the army of white walkers once and for all. Perhaps The Night's King is aware of that possibility, which is why he acted so quickly to seek out Bran so shortly after learning of his existence.

Basically, I've just never seen white walkers go so far out of their way to kill someone before, so the fact that things escalated that quickly proves how big of a threat The Night's King thinks Bran is, so much so that he wants him gone ASAP. Either way, it looks like Bran's going to have a target on his back from now on. Welcome to life as a Stark, my friend.