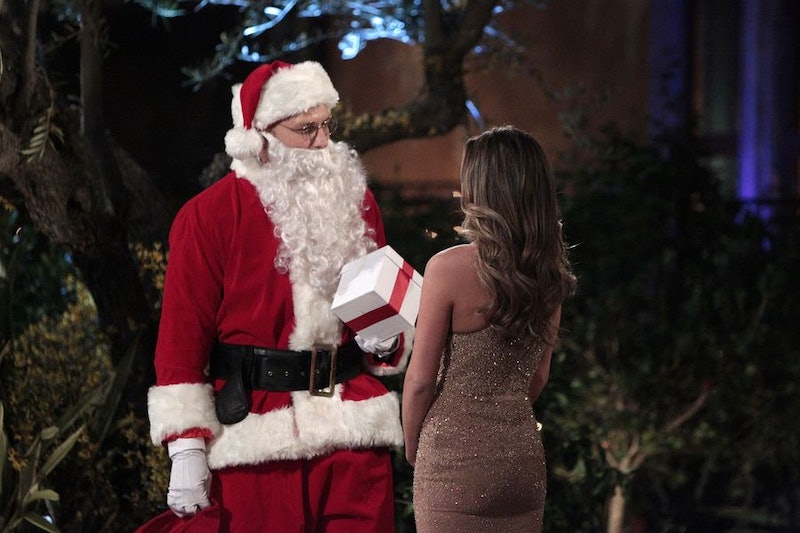 It's the most wonderful time of the year, y'all! No, not Christmas — Bachelorette season. And you know what's the best part of Bachelorette season? The premiere episode, mostly because it includes the limo arrivals. What would this franchise be without watching various men humiliate themselves in the name of love? There's something so adorable (and occasionally creepy) about seeing them put themselves out there like that, even when they know it could totally fail. And if you watched Monday night's edition, you already know that plenty of JoJo's Bachelorette limo exits were pretty weird.

In the interest of full disclosure, I don't think this season's kick off was any stranger than last season's; Kaitlyn Bristowe did have Chris Cupcake, after all. But JoJo's men knocked it out of the park in the weirdness category, and the other men who entered with a more low key approach definitely took notice. Competition is stiff around this mansion, but when it comes to making a memorable entrance, these nine guys win all the roses.

Here are some of JoJo's craziest limo exits. I have a feeling we'll remember these with the same fondness we remember JoJo and her unicorn mask with. Wasn't that the best?

The Santa thing is kind of cute, but did he have to keep saying "Jo Jo Jo" all night?

OK, this one was adorable, but then he did the whole mixed up sentence thing and that's where he lost me.

Would have been hilarious if JoJo actually got his reference...

His song was cute, but I always feel awkward when contestants write their own music.

He was wearing a kilt. A KILT.

Come on. This is network TV, bro.

He said he wanted to be JoJo's "man crush Monday" and handed her a heart. Those words should never be uttered outside of Instagram, and they should barely be used there.

Weird in that nobody ever brings a famous singing group with them, but also awesome that he actually showed up with All-4-One.

His unicorn was precious (especially since her name is Coconut) and definitely memorable. Ugh, JoJo is so lucky!