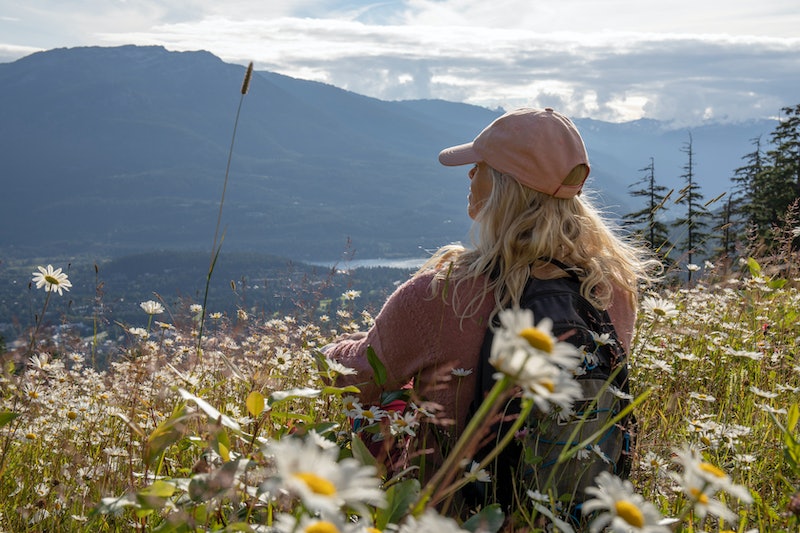 Estrogen fluctuates a lot throughout the lives of women. The big events for it are the beginning of menstruation, pregnancy, and menopause, but other health events can cause overproduction and play some havoc with your bodily comfort. Estrogen is actually made up of several different hormones, the most prominent of which are estradiol, estriol, and estrone, and there are different tests to target each one, so measuring estrogen levels is more complex than it might look. But why do we need to be concerned about higher estrogen levels in the body at all?

The primary reason is that higher levels of estrogen are strongly linked to the development of certain types of cancer. Columbia University's Health Sciences Institute explains, "Women who begin menstruating early, or who start menopause late, produce more estrogen over their lifetimes and have a higher risk of breast cancer." Tracking estrogen levels is a pretty good idea for women, particularly if they have a family history of breast or reproductive cancers.

Let's get one thing out of the way before we proceed: there's a theory about estrogen imbalance in women called "estrogen dominance," which is popular among naturopaths and practitioners of alternative medicine. Its basic principle is that many female medical issues are caused by excess estrogen produced by toxins in the environment. However, there's very little actual scientific evidence for this, and until enough controlled studies have been done to prove that it exists, it needs to be regarded with caution.

So let's have a look at some of the conditions that have been tied to high levels of estrogen.

So we're not in clear-cut territory here. Diabetes doesn't definitively cause higher estrogen levels, but it's possible they may make things worse. The take-away is this: if you're at risk of diabetes, maintaining a watch on your estrogen levels with a doctor and monitoring your hormonal birth control is likely a very good idea.

2. You Have High Blood Pressure

We can be a bit clearer when it comes to high blood pressure: it seems that fluctuating estrogen may be at least partially responsible. A study in 2011 found a distinct relationship between high estrogen levels over a longer period of time and high blood pressure. The researchers suggest that over time, estrogen contained in things like the Pill and hormone replacement therapy may cause a build-up in an area of the brain that regulates blood pressure.

3. You Have A High-Fat Diet

This is a tricky one, because there's no such thing as one "healthy" diet for everybody. But higher fat content in female diets does seem to be a potential cause of higher estrogen levels. The Physicians Committee For Responsible Medicine lays it out: high-fat diets increase estrogen levels and also lower the levels of carrier molecules designed to keep hormonal molecules "inactive". Estrogen also radically influences where fat is stored; when it drops during and after menopause, fat tends to shift from the hips to the abdomen, a more dangerous location for risks of heart disease. The link's also been proven by reduction studies: if you decrease your fat content and lose weight, your estrogen levels also drop in a corresponding fashion. Low estrogen is actually a known problem for female athletes because of their serious lack of body fat.

A 2015 study found that milk and dairy products from cows still contain quite a lot of estrogen, because cows are either on fertility hormones or pregnant when they are milked. In fact, dairy accounts for 60 percent to 80 percent of estrogens consumed by humans today, and people with high dairy consumption are at a greater risk for cancer. "Among the routes of human exposure to estrogens, we are mostly concerned about cow's milk, which contains considerable amounts of female sex hormones," Dr. Davaasambuu Ganmaa said in a talk at Harvard. Hormones in milk might also be to blame for the rise of "man boobs": A 2010 Japanese study found that men's testosterone levels decreased after they began drinking milk.

When it comes to other food containing hormones and how they influence estrogen levels, the evidence is conflicting. The most famous case is soy, which has a reputation for mimicking the action of estrogen in the body; but the Breast Cancer Fund points out that studies are often highly conflicting, and that the impact of phytoestrogen (the compound in soy that might be at fault) on estrogen levels seems to be highly dependent on outside factors, like the rest of the diet, age, stage of menstrual cycle, and what type of soy product is used.

5. You're On The Pill Or Certain Other Medications

This is, in some areas, actually pretty logical: if you're taking oral contraceptives like the Pill or undergoing hormone replacement therapy, your estrogen levels will be artificially spiked. (The combined pill these days contains much less estrogen than it once did, but still heightens the body's natural estrogen levels.)

In the case of other medications, it's a bit less obvious. The antibiotic tetracycline, for instance, produces higher levels of estrogen as a side-effect, as do the phenothiazines, which are anti-psychotics. High estrogen is associated as a side effect with clomiphene, corticotropin, the anti-Parkinsons medication levodopa, and others. It's important to check your medication's potential impacts on hormone levels before you go onto them, and if your physician doesn't know, get them to research it further before you commit.

6. You Have Ovarian Tumors

Ovarian tumors of particular kinds are associated with hyperestrogenism, or a seriously excessive amount of estrogen in the body. The relationship between the ovaries and normal estrogen production is well-known: the ovaries are endocrine glands that actually secrete hormones like estrogen themselves, and various tumours can make them go into overdrive. The tumors that are particular likely to cause high estrogen are benign thecoma and the very rare tumors like granulosa cell or stromal luteoma that produce hormones themselves.

7. You Have Adrenal Tumors

This is an incredibly rare scenario, but 2 in every 1 million people will be diagnosed with adrenal gland tumors that actually secrete hormones, creating total havoc for the body's hormone levels. They can produce estrogen, testosterone, or a mix of both, and can be difficult to discover. The adrenal glands in your abdomen may be associated in your mind with adrenaline and the fight-or-flight response, but they're also endocrine glands that produce hormones, hence why a tumor or cancer can cause hormonal problems. If you are diagnosed with high levels of estrogen, it's incredibly unlikely that this is the cause, so don't panic.

If you seem to be feeling the symptoms of higher estrogen — tender or swollen breasts, weight gain, headaches, or bloating — and aren't on any medications that could cause it, it's a good idea to have it checked out and search for an underlying cause. There may be something going on behind the signs.