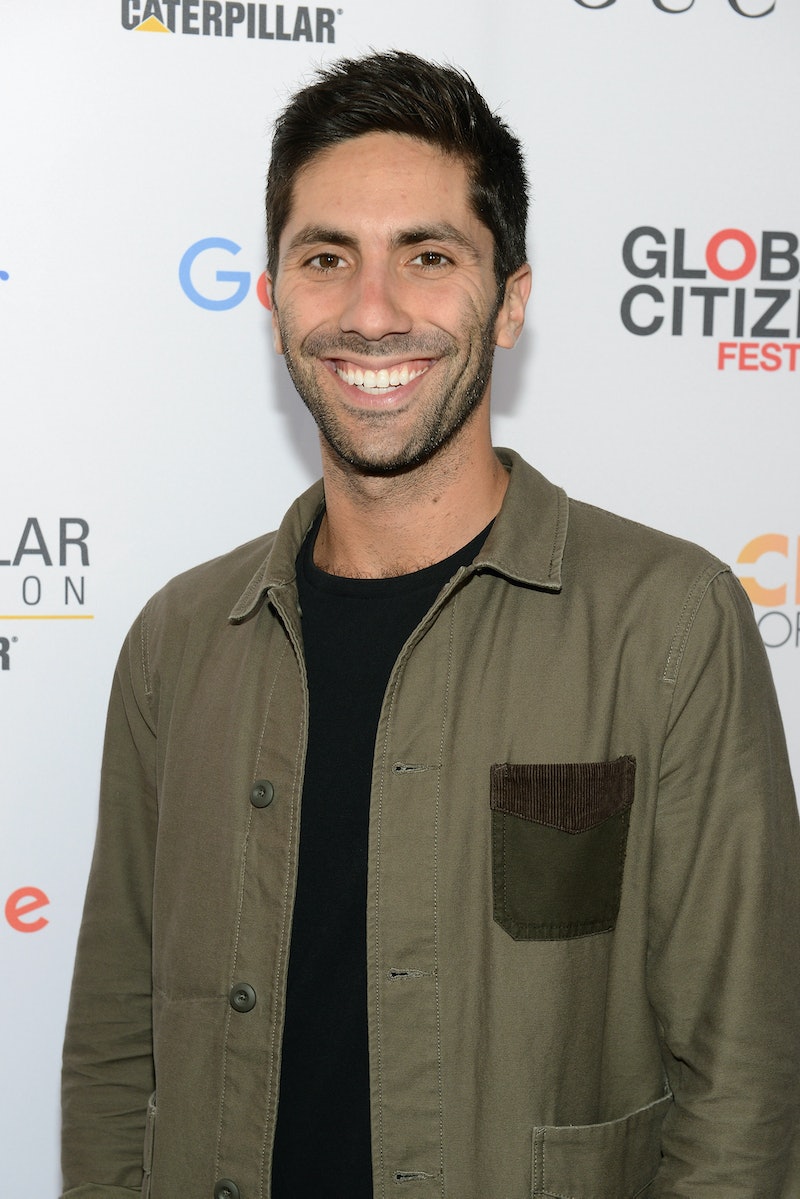 Even though the season is over, a certain Catfish host has been full of surprises lately, and they have nothing to do with helping Internet couples connect in real life. As of this weekend, it became official: Nev Schulman and girlfriend Laura Perlongo are engaged, just a couple of weeks after they announced that they're expecting their first child. Has this guy been busy lately or what?! But even though Schulman is constantly active on social media and in showing off his chest hair on MTV every week, he's kept his relationship pretty low key. So now that the news is out, it's probably safe to assume that even the biggest Catfish fans are wondering who Laura Perlongo is.

Fact number one you need to know about her: She's ridiculously adorable, as evidenced in the photo Schulman posted on Instagram when they made their debut for the first time as an engaged couple. She clearly has a sense of humor, which makes me think that she'll be a perfect fit for Schulman — as long as she gets along with his other partner in crime, Max Joseph, of course. Also, I'm really loving the caption. Enraged, engaged: same thing, right? Pretty much.

But just in case you want more info on Perlongo, here's everything you need to know before she and Schulman take that walk down the aisle in the near future. According to her Linkedin page, Perlongo is a freelance copywriter and creative director who graduated from Boston University in 2007. And on her Working Not Working profile, she describes herself using a very diverse set of verbs:

Is it just me, or does that sound exactly like the kind of lady Schulman would go for? She sounds like someone I would definitely get along with — especially where the booze and humor are concerned. I, too, live the full time, freelance lifestyle, so I get it. But despite those things we have in common, my favorite thing about her has to do with something else she's written. When she and Schulman announced that they're having a baby, Perlongo wrote about being surprised by her pregnancy and the reactions the people in her life had when she told them she was keeping it. Can you believe people still have visions of "traditional motherhood" in 2016? They totally do, and the way Perlongo wrote about it was both eye-opening and even more proof of her talent.

And she and Schulman are just so cute together. Look!

I have no doubt that these two are going to make awesome parents... and throw a really fun wedding. I can't wait to see pics!