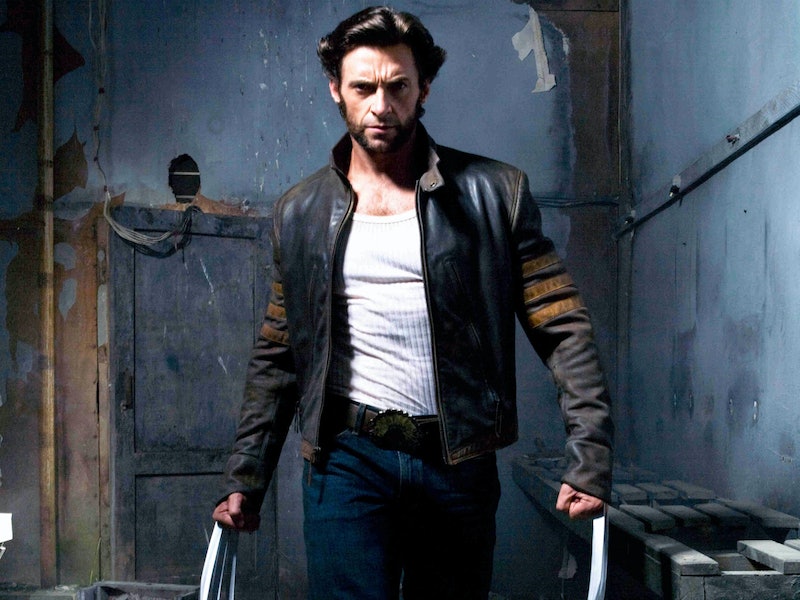 I hope the Batman V. Superman tiff and the Captain America: Civil War conflict haven't worn you out completely, because this movie season of superhero battles is far from over. X-Men: Apocalypse storms into theaters on May 27, and, as the third movie in the reboot trilogy that also includes X-Men: First Class and X-Men: Days Of Future Past, Apocalypse is stacked with "enhanced individuals." James McAvoy, Michael Fassbender, and Jennifer Lawrence are back (along with some other familiar mutants) as the fraught friendship threesome of Charles Xavier, Erik Lehnsherr (Magneto) and Raven (Mystique). Apocalypse adds some new blood, including Sophie Turner and Tye Sheridan as young Jean Grey and Scott Summers, respectively; Olivia Munn as Psylocke; the "Four Horsemen" bent on destruction; and of course, their god Apocalypse (Oscar Isaac). The final full trailer for the film ended with a cameo by a very familiar hand — or should I say, claw. Wolverine appears in X-Men: Apocalypse as played by Hugh Jackman. You can always count on Logan to show up for a fight.

Unpopular opinion time: I think Wolverine works better in small doses. I've never liked a solo Wolverine movie as much as I liked his gruff, one-sentence cameo in First Class. ("Excuse me, I'm Erik Lehnsherr." "Charles Xavier." "Go f*** yourself.") Logan plays a larger role in Days Of Future Past, traveling through time to prevent the creation of the Sentinels. His Apocalypse appearance is uncredited (as if he needs one), but Logan will be back in a big way for another Wolverine sequel in 2017. There's no titled attached to it yet, but Jackman announced at last summer's San Diego Comic Con (as reported by CinemaBlend) that it would be his "last time for putting on the claws." In that case, Wolverine fans have to psyched that Jackman also found the time to stop by the Apocalypse set before he retires from Logan for good.

As you probably know by now, Professor X and his students are facing the oldest mutant in the universe in Apocalypse — an unfathomably powerful individual who some civilizations have considered a god. Wolverine is such a beloved comic book character because besides the indestructibility and the metal protrusions, he's really just a guy. A cigar-chomping, morbidly sarcastic guy. X-Men: Apocalypse producer Simon Kinberg told Entertainment Weekly that fans might not recognize the Wolverine they think they know in this context. “It’s a very violent, visceral sequence that is different from anything we’ve seen of Wolverine in previous movies and in the way that Hugh played it," Kinberg teased. The trailer presumably shows the aftermath of that sequence. Mystique enters a hallway littered with the bodies of soldiers. "Well, you've been busy," she says. Scott replies, "Well, we had a little help." Then: that signature sound and a flash of adamantium.

Despite his plans to leave the character behind soon, Hugh Jackman was all about reprising his most famous role in X-Men: Apocalypse. “I talked him through the whole scene," director Bryan Singer told Entertainment Weekly. "He said, 'Mate, it’s brilliant. I’m in. Call my agent.'" Will audiences have the same reaction? If Apocalypse can really showcase a worn-in character in a new and exciting light, then there's a solid chance.