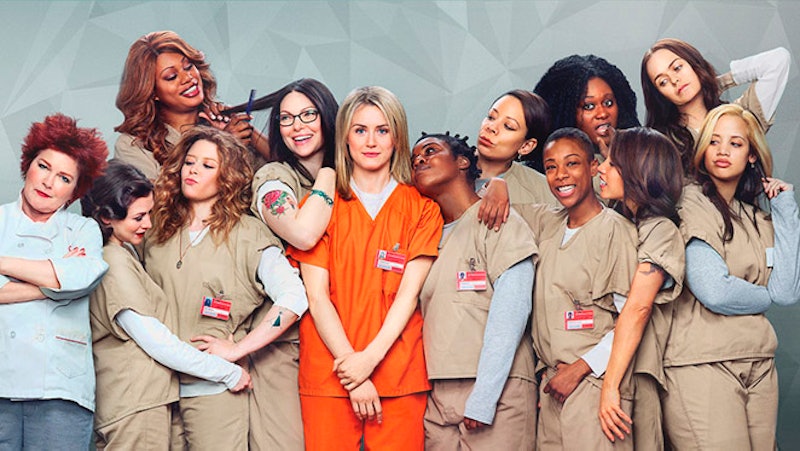 It’s my favorite time of the month: Netflix has announced its June 2016 releases, which means I get to plan the next four weeks around all of my very important nights in. Really, they’re the most important events of my summer: When movies and TV shows that I’ve been dying to see finally show up on the streaming service. And this month especially promises a number of exciting titles. Not only are some of 2015's biggest blockbusters coming to Netflix in June, but a bunch of original content is being released as well.

Just take a look at this amazing roster. It’s almost giving me more life than the promise of beach trips and sunscreen these days. Because as much as I love the weather and adventures that summer always brings, I’m also all about kicking back with a bowl of popcorn and living up the best season of the year school-vacation style. And for me, that meant late bedtimes, lots of afternoon movies, and some of the best movies of the year.

Luckily for us, Netflix is all about celebrating summer with some of their biggest releases of the year. Just look at some of the amazing titles coming this June.

The Fundamentals Of Caring (June 24)

One of the many amazing Netflix original films coming to the streaming service this year, Caring stars Paul Rudd and is bound to mark big things for how movies are distributed these days.

An Oscar favorite. It’s about time we all got access to this incredible story, with its even more incredible cast.

Relive school vacation and some of the summer’s biggest blockbusters. Remember when this came out 23 years ago this summer?

And just in case the first one wasn’t enough, here's the sequel to the movie that made your obsessions with dinsoaurs all the more real.

This biopic about the head of the FBI who became one of the country’s most powerful figures captures his legacy through our history.

Bill Murray at his best. This is sure to become a summer favorite.

This amazing documentary compiles interviews and archival footage to capture a side of Janis Joplin that has never been seen before, including her battle with alcohol and addiction.

Your favorite YA book was finally made into a film, and now you can easily watch it from the comfort of your own home. In footie pajamas and with your retainer in, if you so choose.

Missed the most recent season on television? Now you can catch up with your favorite Liars.

What would Olive Pope do? She’d tune in to Netflix and watch the most recent season of Scandal, that’s for sure.

Portrait of a Serial Monogamist (2015)

The Resurrection of Jake the Snake (2015)

Orange is the New Black, Season 4

The Making of Life Story

Dragons: Race to the Edge, Season 3