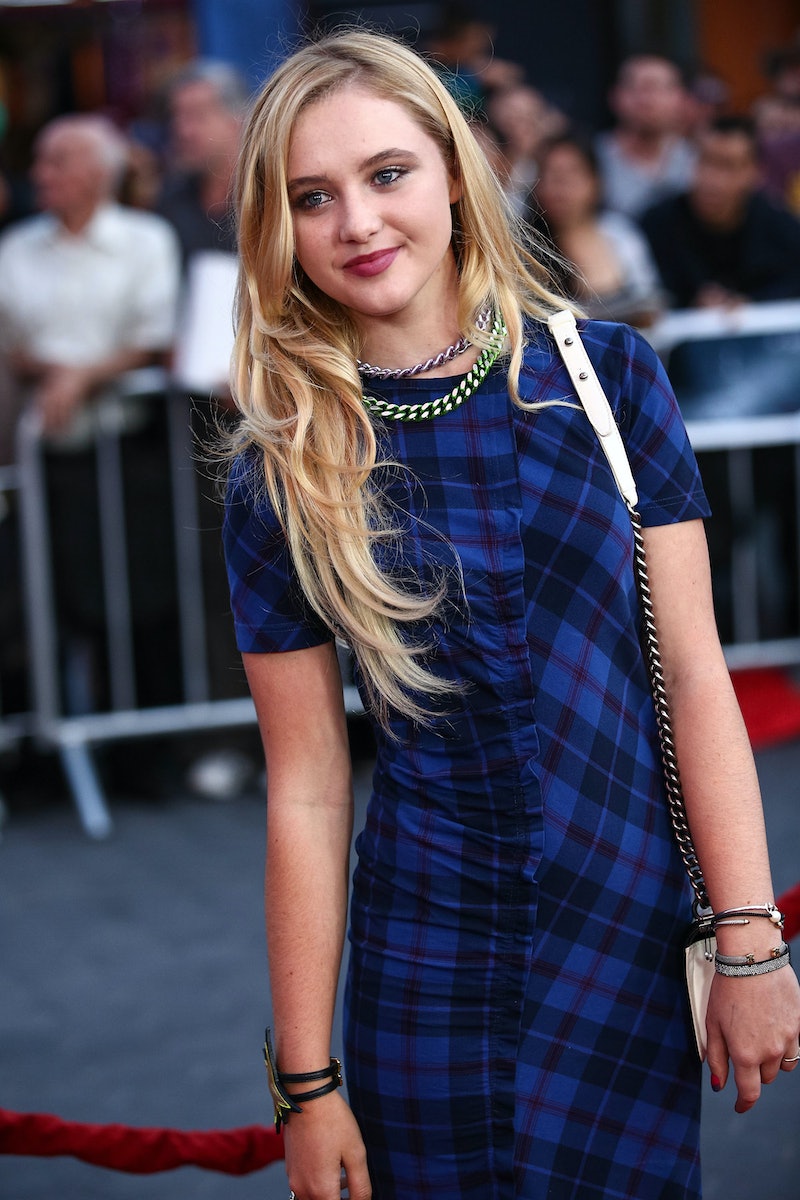 Secrets, lies, betrayal... those are the ingredients that make up the recipe for one killer Lifetime movie. The network is famous for its high drama, where everyone from teenagers to stepmothers to siblings run amok and wreak havoc on the lives of our unsuspecting protagonists. This week's new movie seems to have havoc to spare and is sure to have you on the edge of your seat. But don't get too scared — unlike some other Lifetime movies, The Maid isn't based on a true story, as it hasn't been promoted as such and doesn't appear on the true stories section of the network's website. However, it may still seem familiar.

The plot of The Maid sounds an awful lot like a TV show drama many fans already know and love, making it the TV movie to catch this week. Here's the synopsis for the movie from Lifetime's website:

When 19-year-old Laura receives disturbing messages and threats, she believes she’s being stalked by her ex-boyfriend. But when the pranks follow her 3,000 miles home, she quickly finds out it is someone she’s never even met who has a bizarre reason for wanting her dead.

Hmm... sound familiar? It should. The plot of this film totally reminds me of Pretty Little Liars in the best way. I mean, an anonymous stalker who has a secret reason for wanting to ruin our main character's life? That's basically PLL, and it sounds like we can look forward to some A-level shenanigans in The Maid. Of course, given the title of this Lifetime movie, it seems like the anonymous factor of this stalker might not remain true for main character Laura for very long. What connection could the titular maid have to Laura that would make the maid want her dead? Right now, it's anybody's guess, but if this movie is anything like other Lifetime originals or PLL, it's bound to be twisted.

And it's more than just the plot we can look forward to with this movie: the cast is also full of familiar (or soon-to-be familiar) faces. The Maid stars Kathryn Newton as Laura, who fans may recognize from her role in Paranormal Activity 4, Supernatural, and the TV series Gary Unmarried. Meanwhile, Tom Maden, who plays Jake in MTV's Scream TV series, will portray a character named Ben, and The Last Ship actress Fay Masterson will play Colleen. If Masterson doesn't seem familiar yet, she will soon, as she was cast as Gail Jones in the Fifty Shades of Grey sequel Fifty Shades Darker. And it seems that Lifetime gave the cast plenty of drama to work with in the fictional, but totally twisted The Maid.