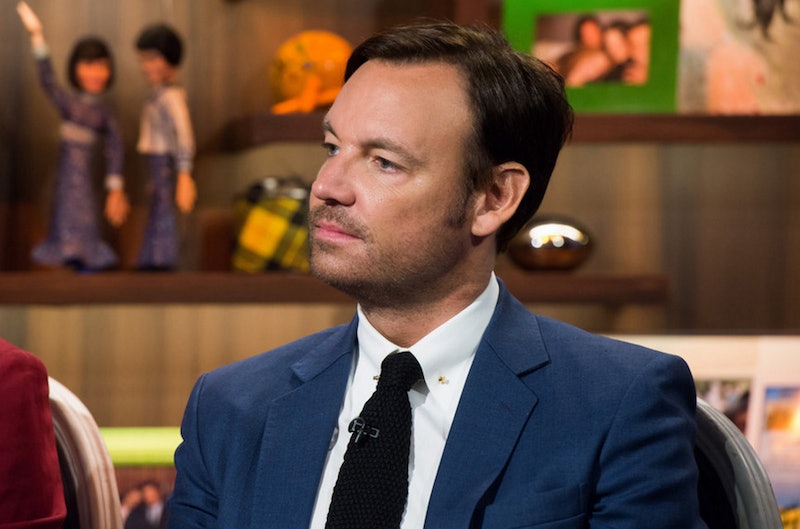 If any of us thought The Saga of Whitney And Cameran’s Rental Car was over once Team No Party Bus pulled up to Shep’s parents’ house in the Appalachian Mountains, then we were about as wrong as the day is periwinkle, er, long. This Monday’s Southern Charm began right where last Monday’s episode ended: the Whitney vs. Craig argument on Shep's porch. Alas, the verbal spat went so poorly that Whitney and Cameran left Shep's vacation early; Team No Party Bus wasn't about to stick around longer than necessary. Before we could say “a refrigerator drawer teeming with perfectly chilled bottles of champagne,” the rental car was back in action.

So, what did Craig and Whitney yell at each other about, exactly? Why did things get so heated? *Takes deep breath.* Here we go: Craig told the group that he believes Whitney hates Kathryn solely because Whitney was bitter about their pre-T-Rav relationship, Whitney insisted his “relationship” with Kathryn was nothing more than a hookup, Craig insisted Whitney fell hard for Kathryn, Whitney insisted that was a load of bologna, Craig insisted this wasn't a load of bologna, Whitney couldn't believe Craig believed Kathryn over him, Craig insisted he just wanted everyone to be friends, Whitney was mad at Craig for singling him out like that in front of their whole friend group, Craig brought up that one time Whitney sold him out to his parents, and Whitney told Craig that this Kathryn argument will affect their friendship. *Exhales.*

Cameran interjected a few times to let Craig know she was not drinking what he was serving, Shep asked them to take the fight down about 75 notches, and the rest of the crew put their horrified faces in their horrified hands. Whitney stormed off, Danni defended Kathryn, Craig left the porch, Craig returned to the porch, Whitney returned to the porch, Whitney and Craig failed to reconcile, Shep’s champagne refrigerator drawer failed to save the night, and everyone went to bed about as steamed as a pot of crabs.

The next morning, Whitney, Cameran, and Landon sat on the previous night’s battlefield, drank coffee, and attempted to decompress. Cameran made a face that really summed up the whole vibe:

Once the coffee was guzzled, Whitney and Cameran let Landon know that they would be leaving the cabin right then and there. So, they packed their suitcases, hopped in the rental car, and skedaddadled before the rest of the revelers stirred from their slumber.

No word on whether or not the rental car said goodbye to the scorned party bus before it peeled out of Linville. I've heard rumblings that the party bus wouldn't even acknowledge the rental car, so I think it's safe to assume the two vehicles didn't bid each other adieu. I hope they resolve their issues at the SC Season 3 reunion.