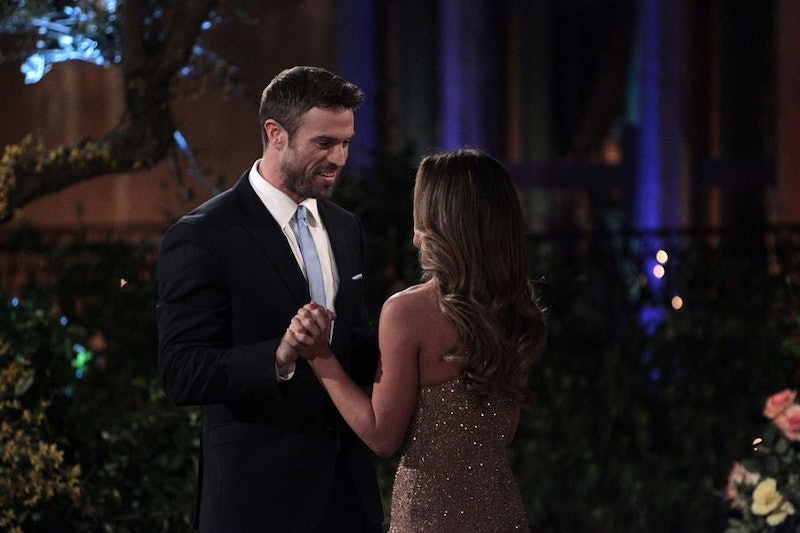 First of all, it’s frowned upon to punch people, okay? Keep your hands to yourself. But it seems like Chad thinks that Jordan’s been cruising for a bruising since day one. Jordan’s brother is NFL quarterback Aaron Rodgers, and I don’t know if Chad is jealous or what, but Chad talks a lot about how he thinks Jordan is too cocky and full of himself. Like, so what? Move on, Chad. It doesn’t seem like Jordan does anything to bait him. But things get tense when Chad threatens Jordan and tells him that he’ll “find him” even after the show is over and that he “should be” scared. Boy, that escalated quickly.

The last bits of the promotion show flashes of a bloody fist, a bloody eye, and a bloody shirt. While it’s hard to tell if this was a confrontation between Chad and Jordan, I sincerely doubt that it was. The Bachelorette producers are kings of creating drama, but they wouldn’t let two of the cast members get physical to that degree. Hello, lawsuit, right?

Whoever starts that fight will be kicked off the show so quickly, and is there anything else less attractive than two men fighting like animals? Gross. I hope this preview is a false flag and nothing else.