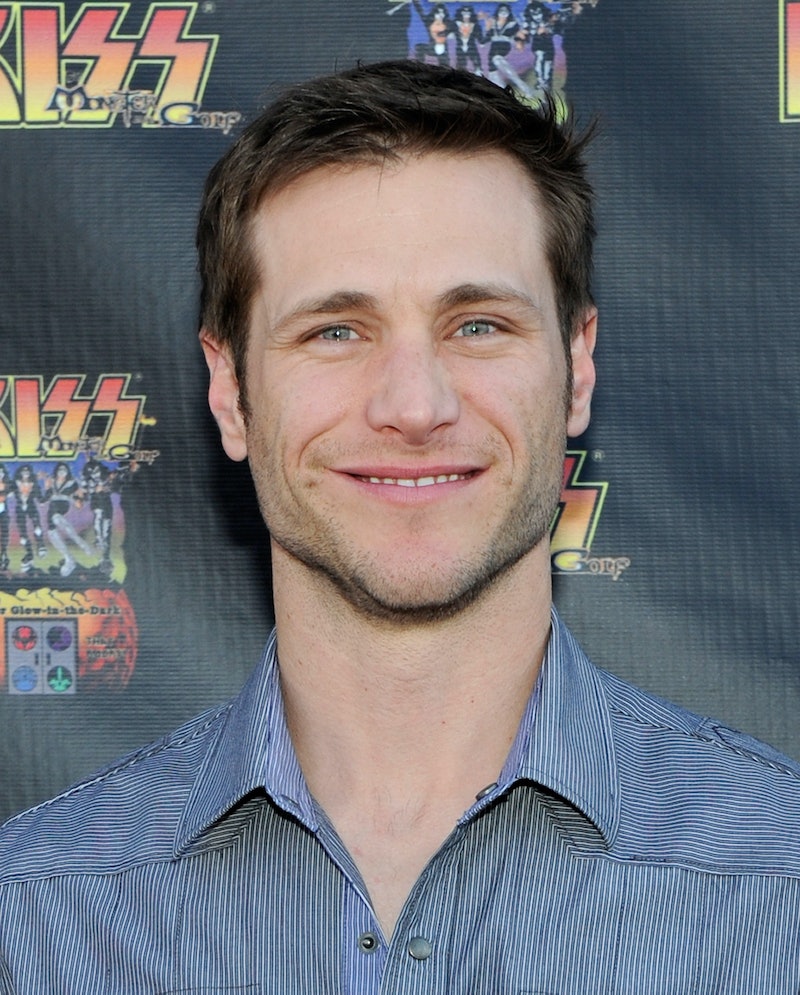 If you caught Monday night's Bachelorette premiere, you probably noticed that JoJo Fletcher wasn't the only Bachelor alum present. It was a relatively traditional first episode of the season; there were limo arrivals with the usual stunts and weird costumes and the cocktail party proceeded as normal. But then, right before the rose ceremony began, in walked Jake Pavelka, former Bachelor. At first, he totally faked us (and JoJo) out when he acted like he was about to make some grand confession of love, but then he ended up telling her that he's just wishing her luck because apparently, they've known each other for years. And if that is news to you like it was to me, you're probably wondering how JoJo and Jake know each other. Fortunately, the answer is pretty easy to find.

Just like Jake said in his mini-speech to JoJo, he and the Fletcher fam go way back. Remember her overprotective brothers from her hometown date with Ben Higgins (as if you could forget)? That's the connection. According to Wetpaint, JoJo's brother Ben Patton went to school with Jake, and he's been close with the fam ever since. So close, in fact, that apparently, they even shoot guns together.

I have to wonder if Jake gave JoJo off screen advice before she started her reign as The Bachelorette, or even before she left for Bachelor filming. Why not exhaust that resource? The streets of Bachelor Nation are hard, guys. Before taking on a task like this, you need to crowdsource as much advice as you can get, which is probably why so many former cast members end up forming lifelong friendships with each other after the show. I mean, can you ever be fully mentally and emotionally prepared to choose a husband out of a pool of contestants ABC selected for you, knowing you only have a few weeks to make that decision? The pressure has to be intense.

And although people definitely have mixed feelings about Jake, it seems like his intentions are good here, especially after he shared this follow up tweet when the episode aired:

It's really sweet that he stopped by to give JoJo a few words of encouragement. Maybe we'll see him later this season? Basically anything is possible on this show, so I wouldn't be surprised!