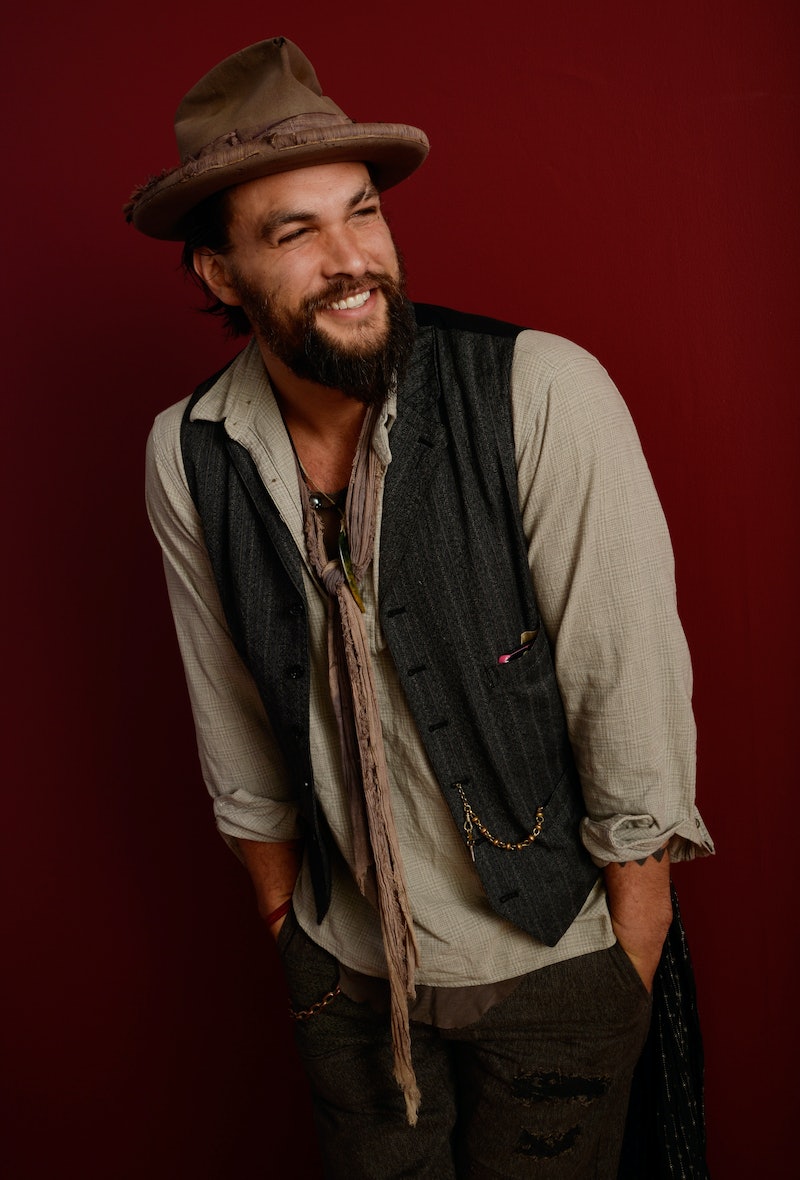 Everyone knows Jason Momoa as Khal Drogo, the extremely intimidating husband of Daenerys Targaryen in Games of Thrones. But then he died and we were sad for maybe a whole episode and forgot about him. However, in case you were wondering, Momoa was also in Baywatch (dude, I know right?), Stargate: Atlantis and Conan the Barbarian, which I’m assuming half the world did not actually see. Sorry, I drank some veritaserum earlier. However, the actor has been experimenting with some other acting roles that do not include scary raccoon makeup and unappealing pony beards but things like werewolves instead. No, really. He’s actually in a movie called Wolves where he’s a scary pack leader with a sexy accent that still is not a redeeming factor for what may be one of the most painful trailers to watch. So while it appears an amazing acting career has not quite been carved out like we would have hoped for the Hawaiian lord, there may be hope on the horizon with Momoa’s upcoming role as Phillip Kopus in the TV series, The Red Road.

The show, which is set to air this upcoming Thursday, Feb. 27 on SundanceTV, stars actors Martin Henderson and Julianne Nicholson, who will also play leading roles next to Momoa. The Red Road will focus on the struggles of Sheriff Harold Jensen (Henderson) as he balances family issues and a recovering alcoholic wife (Nicholson), settling the peace between a Native American tribe and the town locals, as well as dealing with a former classmate and ex-con who has returned to the area (Momoa).

In the trailer, it’s implied that Momoa and Henderson will be working together at some point during the season as the show’s trailer ends with Momoa saying, “Believe it or not, you’ve got an ally in me. You’re gona’ need one.” Scrapping the horrible werewolf look, Momoa’s appearance in the trailer reveals true potential for the actor. It doesn’t seem like he’s trying too hard and, though not quite as terrifying as Khal Drogo, his part in the trailer leaves us with an ominous feeling. His representation as an ex-con reveals a character that is mischievous, defiant and clever.

However, rather than playing a leader who many bowed down to out of both respect and fear in Game of Thrones, Kopus returns from prison after six years as the black sheep of the family. According to an interview with Vanity Fair, Momoa describes how Kopus, who was raised by a drug lord, must deal with the fact that his tribe — and even his mother — no longer welcomes him.

Although the backgrounds behind Drogo and Kopus are drastically different because… dragons and Native Americans didn’t ever exist together… I can only imagine that Momoa will bring a great deal to his character in The Red Road, having had experience acting as a tough warrior who feared nothing. Although we won’t get to seem him in all his naked muscle-y glory as we did watching Game of Thrones (sigh), we can likely expect Momoa to shine through with the talent we know is beneath the surface of a corny werewolf film. Honestly though, I just can't wait to see this face again: