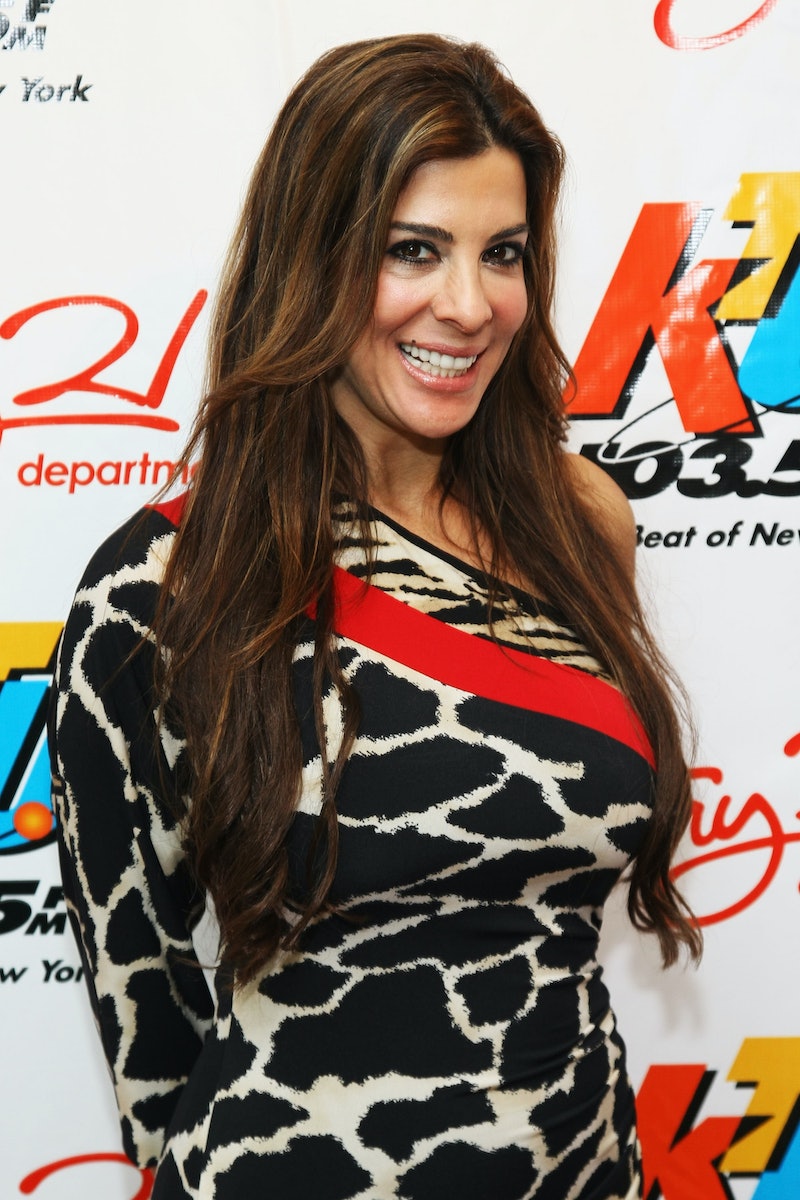 Well, well, look who's back. Andy Cohen's Real Housewives of New Jersey crew returns in full force with the debut of the RHONJ season 7 trailer. But... hold on. Is everyone actually getting along? Apparently, Teresa Giudice and Melissa Gorga are finally playing nice. What's next? The girls will be braiding each other's hair instead of cursing each other out in confessionals? Not quite. From the looks of the trailer, the upcoming season (premiering July 10) certainly serves up the drama, but the fresh meat on the show Siggy Fickler may actually have what it takes to keep things, dare I say, tamed? So, who is Siggy from RHONJ?

The born-and-raised Jersey native joins Jacqueline Laurita, Giudice, Gorga as well as fellow newcomer Dolores Catania this season. Fickler definitely means business, and already started hashtag #TheSig. Love her enthusiasm. She's definitely outspoken enough to roll with the RHONJ crew, and her unfiltered nature led her to carve out a career as a Relationship Expert and Professional Matchmaker. It seems she practices what she preaches and is happily (re)married with a big blended family of two kids and two step-kids. But does she have what it takes to keep the peace among the New Jersey housewives? Until that's determined when the show returns this summer, learn a little bit more about its latest star to decide.

1. This Isn't Her First Time On Reality TV

In 2011, Fickler served up major truth tea to hopeless guys and gals who just couldn't get their dating lives right on VH1's Why Am I Still Single?! Each episode, she'd examine two singletons on a date and tell them what they did wrong. Things got awk, but not for her. She also brought her uncensored stance on love to shows like The Today Show, Good Morning America and Dr. Phil.

2. She Will Matchmake The Hell Out Of Anyone's Life

In addition to her VH1 show, Fickler created an entire brand based on her matchmaking skills. She calls her advice a "potent brew of common sense, compassion, and just plain bull in china shop bluntness," allowing her to "always hit the mark."

In September 2015, this "new fairy godmother" had her relationship advice published in her book Write Your Own Fairy Tale: The New Rules for Dating, Relationships, and Finding Love On Your Terms. Actually, the book's reviews weren't half bad. She also gives up her "realest relationship" truth on the Just Sayin' podcast alongside Jersey Shore 's Sammi Sweetheart.

In 2007, Fickler divorced from Mark Fickler after eight years of marriage. She calls it the "first divorce done right," without acrimony, recriminations, "no bitter arguments and no traumatized children" (they had a son and daughter). In 2012, she remarried to Michael Campanella (who had two daughters), and get this: Her ex-husband was Campanella's best man. She and Campanella look insanely happy together in their one, big, happy, blended fam.

5. She May Just Be The White Flag Of The RHONJ Crew

From her Instagram, it's clear Fickler and Giudice are super tight. She constantly cheers on female friends through social media, fellow housewife Laurita included. She's as transparent about friendship as she is about love. Here's her philosophy (according to Instagram): "Friendships should be easy. No drama. No toxic energy. Just chill!!"

There's still much we have to learn about Fickler once things get real on RHONJ, but after watching the new trailer I already have this much in common with her: