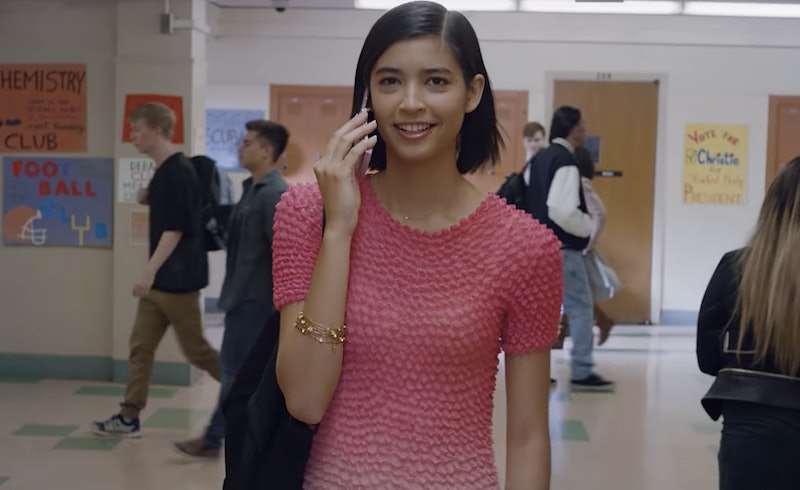 When it came to being ~cool~ in junior high and high school, there were enough odds stacked against us — the ever-present acne, the apple shreds in your braces, constantly hoisting up your aggressively low-slung jeans so as not to reveal your butt crack to the entirety of your ninth grade biology class. But in the early 2000s, there was one great, glorious equalizer: owning a Razr phone. It didn't matter which cliques accepted you, or where you sat at lunch, or if you could get through sex ed without giggling every time you saw a diagram. Owning a Razr phone cut through the social strata so effectively that even now, 12 years after its release and long after smart phones essentially fossilized it, we associate Razr phones with the height of cool.

It only makes sense, then, that Motorola is teasing the release of a new Razr flip phone, which will supposedly come out June 9. I don't know what it could possibly look like in this brave new T9-less world, but that hasn't stopped me from getting just as ridiculously hyped as the rest of the '90s kids who are (for lack of a better word) flipping out right now. Can you blame us? Sure, maybe it's a little soon to get nostalgic about something that happened a little over a decade ago — but this was also the height of our damn lives. Anyone who has ever owned a Razr knows the profoundly satisfying and forever memorable parts of owning one.

The Passive Aggressive Flick-SNAP Of Hanging Up On Someone

When you couldn't talk back to your mom in 2004 you could sure as hell clap back. FLIP PHONE STYLE.

The Swag Factor Of Answering A Call In Public

Yes I am very busy and important how can I help you (NO, DAD, I LEFT MY REPORT ON THE TABLE BY THE FRONT DOOR, GODDDDD).

The Sweet, Slow Torture Of Picking Out The ~Perfect~ Background Pic

The pressure of picking your AIM SN all over again, except somehow 8,000 times more complicated. Is this the stock photo of a flower bush that really captures your soul??

Before Snapchat made it acceptable to publicly film strangers doing weird things, there was you, a creepy teen pretending to text that one aunt on the family plan while you filmed some dude on a unicycle.

You were mere milliseconds from accidentally getting your parents charged two dollars in overage, and you'd never felt so alive.

They know not of the glorious burden that is having their own Razr phone — that is, until the light pink model comes out and they get your sloppy seconds.

Secretly Texting Your Crush's Name In T9 Numbers To Your Friends

The Triumph Of Taking A Selfie Without A Forward Facing Lens

You for sure failed that fourth grade typing course, but miraculously can compose entire T9 sonnets in eight seconds flat.

These days you just rattle off a bunch of numbers and say "text me". Back then there was a very elaborate number pad dance wherein they were forced to be standing within five feet of you for however long it took to type their name in, which was usually just long enough for you to fully and irrationally fall in love with them.

Being As Cool As Adele Before Adele Was Even Cool

Holding To It Fiercely, Even When The ~Phones Of The Future~ Hit The Market

Check out the teaser for the upcoming Razr flip phone here!

Cross all your fingers and toes that it still comes in pink.