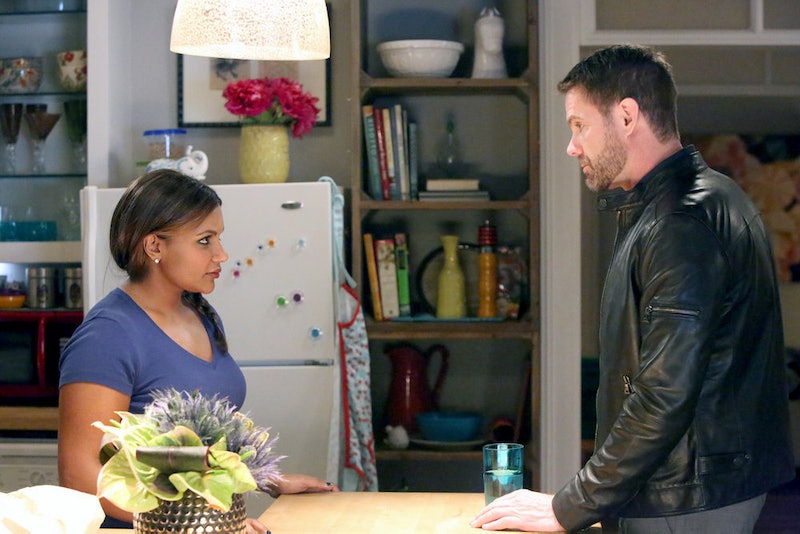 Since Mindy and Danny broke up on The Mindy Project, most of Mindy's love interests haven't stuck around for more than an episode or two. How long is Jody staying on The Mindy Project ? It seems as if his relationship with Mindy is finally inching forward, so is he sticking around?

When Deadline announced that actor Garret Dillahunt was joining The Mindy Project, his role would be recurring. He's not a series regular yet, though Jody went from being Mindy's replacement during maternity leave to Danny's replacement at work. The Mindy Project was renewed for Season 5, but according to TVLine, his name is not one of the actors confirmed to return. That doesn't necessarily mean that we won't see Jody again, but we could.

It's not a secret that I'm not the hugest fan of Mindy and Jody — not just because I miss Danny, either. I just don't find Jody's character all that interesting as a love interest for Mindy. It's a shame, because I grew up as a New England transplant in North Carolina, so most Southern gentlemen fascinate me. Specifically, my problem with Jody is that she shares the same flaws with Danny that ruined his relationship with Mindy. Danny and Jody are both traditional in ways that don't work for her, and to see that scenario repeat itself troubles me.

The series has been a revolving door of recurring characters since Season 1. That's not necessarily a bad thing. Having characters come and go makes the world realistic. Honestly, I would rather see more of Lewis the Sperm Donor Guy — he was hilarious! If The Mindy Project wants to keep Jody around, can we at least explore his "joking" flirtation with Lewis as well as/instead of with Mindy? His fate on the show is up in the air, and the next few episodes could make all the difference.