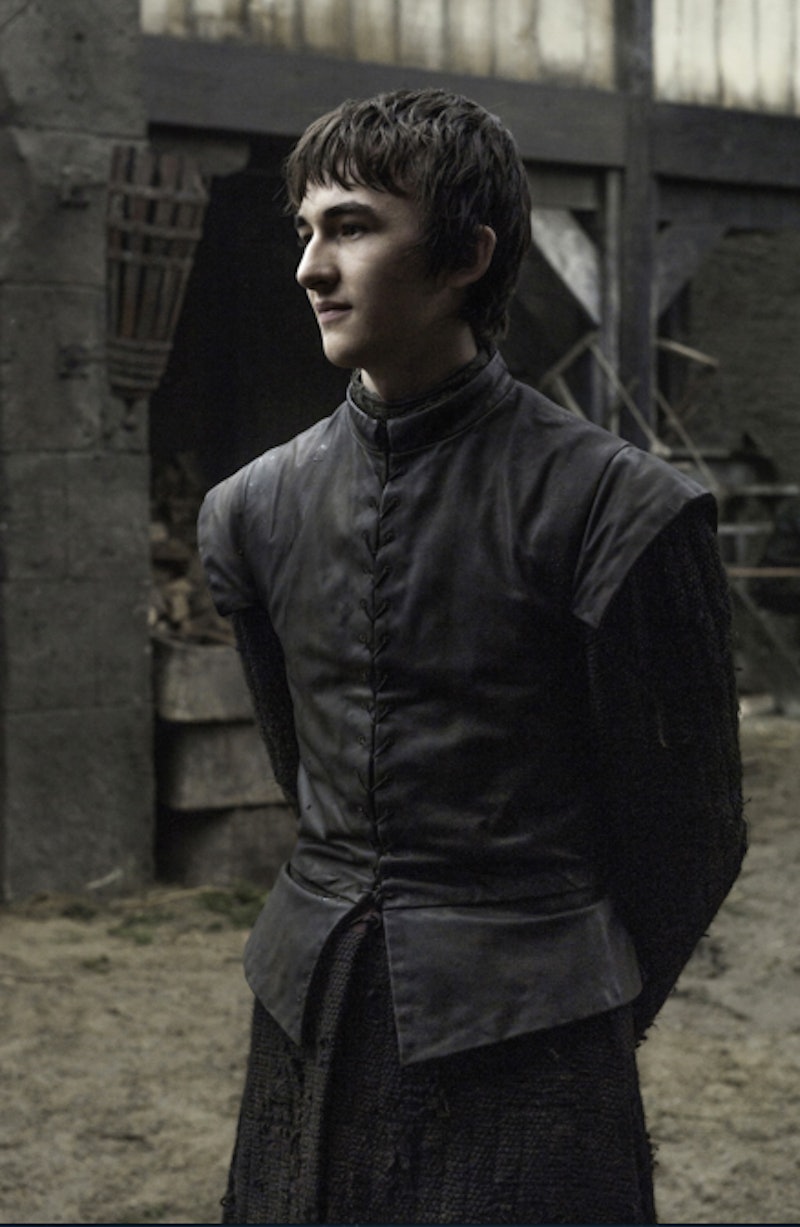 If your stomach didn't end up in your throat and hasn't proceeded to stay there since your viewing of the Season 5 Game of Thrones episode "Door," you might have watched the wrong show. I am still haunted by the sounds of direwolf Summer's cries as he sacrificed himself for Bran and got stabbed/clawed to death by those terrifying White Walkers. I'm also very concerned that Summer's death will be very bad news for Bran in upcoming episodes of Game of Thrones.

It was also heartwrenching to lose Hodor and the Three-Eyed Raven (less the Three Eyed Raven, sry) — and it would have been sad to lose the Children if they weren't so creepy and weren't the ones who created White Walkers in the first place — but Summer's was the death that really stuck with me. The Stark Direwolves are and were the one things the family had that nobody else had to protect themselves. And while we still have Jon's pup Ghost right by his side, hypothetically Arya's wolf Nymeria off in the wilds probably hanging out with Gendry, and Benjen Stark and everybody else who has gone missing on Game of Thrones, a Direwolf death is a horrible thing.

While Jon and Arya have both been through some pretty terrible things (Jon DIED for goodness sake), they have always ended up at least not dead or violently injured, and this almost seems linked to their direwolves. For example, Ghost was locked up when Jon was stabbed, but was right next to him when he came back to life. Meanwhile, though Nymeria is missing and solo, in the Song of Ice and Fire book series she's possibly leading a great crew of other wolves. This hasn't been mentioned in the show, but very well could be soon. Like Arya, this pup has been going it on her own, but mostly prevailing. The success of the direwolves seems sort of linked to the success of their human.

This theory seems even more pronounced when we look at the fallen/more disadvantaged Stark siblings. Sansa's pup, Lady, was executed and suddenly things went from meh to terrible for Sansa, who is arguably the most victimized Stark character on the series. Then when Greywind was kept from Robb at the Frey castle, everyone who was still loyal to the Starks was murdered — and so was Greywind. When Shaggy Dog was murdered, Rickon ended up with Ramsay Snow-Bolton. Bran not having his direwolf is bad for him in a practical sense, but maybe also in a Starks-are-magically-connected-to-their-wolves way.

Bran's connection with Summer is even more serious than any of the other Starks' connections with their dogs. He used Summer to be his eyes and legs around the world — and without that and his ability to attack people as Summer, Bran is seeming very alone and vulnerable. It doesn't help Bran's case that his other set of legs/eyes/strength, Hodor, is also gone.

I'm hopeful that all this death of those around Bran, basically at his hand, will simply make Bran smarter about the time he spends in his visions. But hopes or not, Summer's death is very, very bad news for Bran.