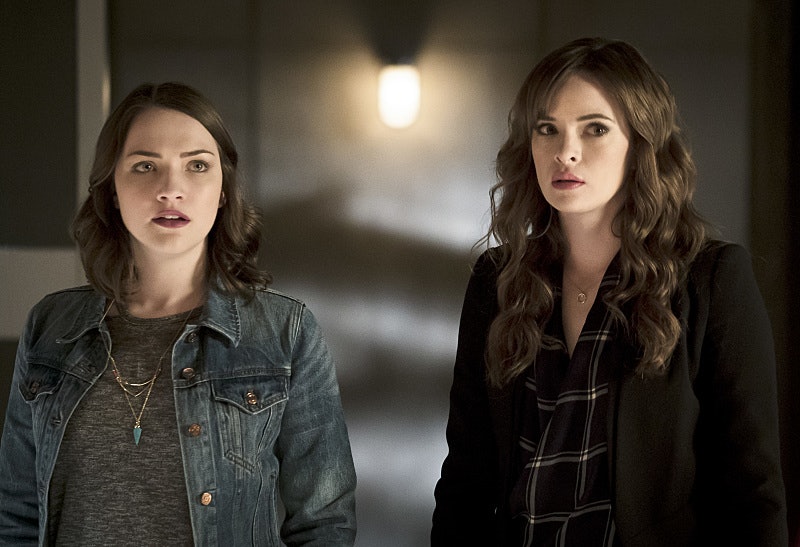 Ever since Jesse Wells was introduced on The Flash, we've been waiting for her powers to manifest. She shares a name with a speedster called Jesse Quick from DC comics, but the CW series gave this character a slightly different origin story. What will Jesse Quick's powers be on The Flash ? If it's anything like her comic book counter part, she's going to give Barry Allen a run for his money.

The character was introduced as the genius daughter of Earth-2 Harrison Wells who, after being kidnapped by Zoom, was forced to relocate to Earth-1 and adjust to life in an alternative universe. It's not the easiest thing in the world, and she's a somewhat reluctant member of Team Flash in the fight against Zoom and other meta-humans to boot. I hope that, if and when Jesse Wells becomes Jesse Quick, her powers will help her feel like she belongs on Earth-1.

Recently, Jesse and Wally were hit by the recreation of the particle accelerator explosion and fell into a brief coma — just like Barry. It's unclear as to whether or not she's has manifested any meta-human powers yet. Maybe that will be revealed in The Flash Season 2 finale, or maybe we'll have to wait until next year! She actually has way more powers than your everyday speedster in DC comics, too. Check it out.

Not only does Jesse Quick have super speed in DC comics but she can steal speed, think super fast, bring non-speedster friends and families on speed runs, phase, make a vortex, and ages slowly. Technically, I think a lot of these are powers that Barry either has or can achieve with the speed force, but they're still pretty cool.

In addition to being a speedster Jesse also has regular old super strength, which in the comics she got from her mother.

This is technically a speed-related power, but Jesse can also freakin' fly by moving her arms at super speeds. That is awesome! I know that Barry can somewhat run up buildings and jump, but this would take it to the next level and I really hope we get to see Jesse get powers like this on The Flash.