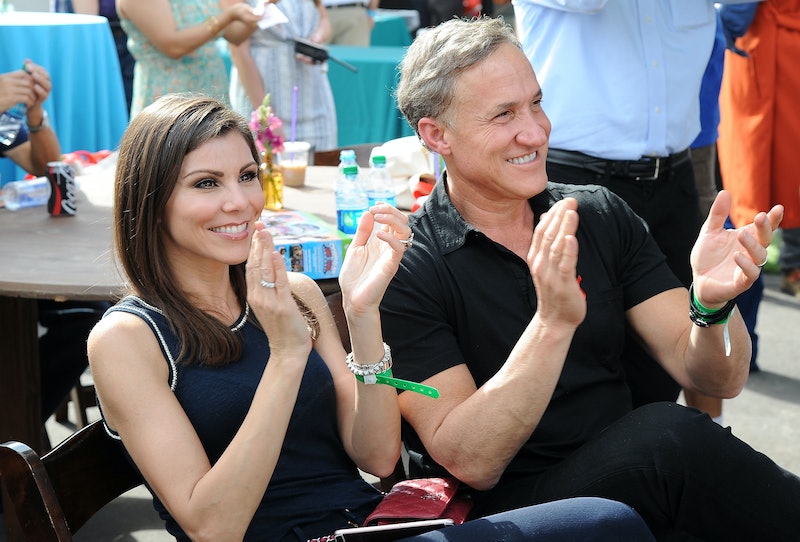 Remember when Real Housewives of Orange County stars Heather and Terry Dubrow threw that hoedown-themed groundbreaking party on the plot of land where their future abode would exist? (That seemed like a lifetime ago, right? Get this: It was only 2013.) Well, the two reality television personalities will soon have a reason to throw a hoedown-themed housewarming soirée: the Dubrows' palace is almost finished. Finally.

How do I know the impressive and meticulously designed mansion is just about move-in ready? Because Heather said so. On Monday, the Heather Dubrow’s World host Instagrammed a photograph of her future home’s exterior and told her followers that it was "SO CLOSE" (h/t BravoTV.com). In the pic, we see a sliver of the enormous manor. And I have some questions for said sliver:

I gotta know what that watchtower is all about. I hope that mystery will be addressed by the inevitable hour-long Dubrow house tour episode of RHOC (don't let me down, Bravo!).