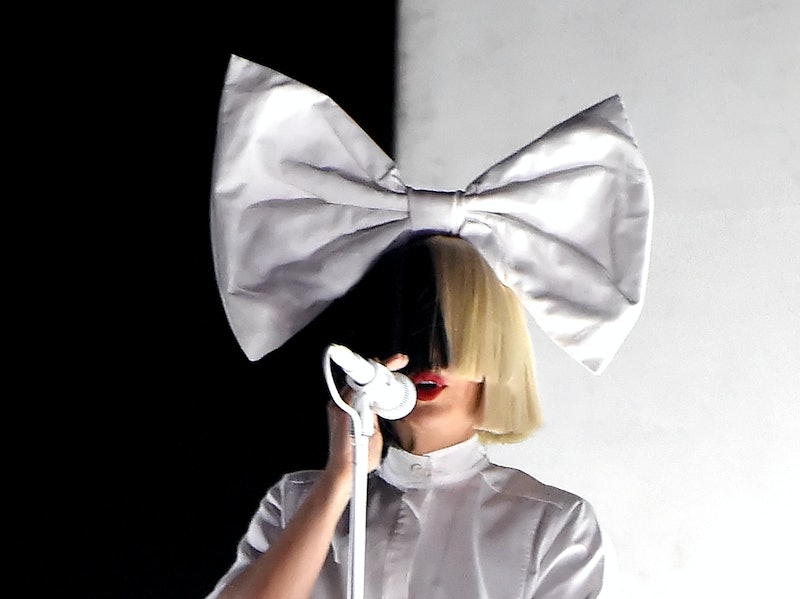 As much as I hate waiting two hours to hear a winner announced on a competition finale show, I love these shows for one reason: the performances. The Voice Season 10 finale show certainly didn't disappoint with their star-studded finale lineup. The show boasts performances by Little Big Town, Zayn, and even a duet between Christina Aguilera and Ariana Grande (!!!). One act that definitely shined tonight was Sia's performance of "Cheap Thrills." While a Sia performance is always guaranteed to be a good one, it was her cast of dancers who really won me over. And by "cast," I really mean one—Dance Moms alum, Maddie Ziegler.

I'll admit, I've been a big Dance Moms fan since day one and have always been a big Ziegler fan. I mean, you really can't compete with those amazing dance skills and crazy facials. So it's no surprise that I was over the moon when I found out Ziegler landed a major role in Sia's "Chandelier" video—and the features have gotten even better ever since. She's now performed in four of Sia's music videos, including "Cheap Thrills." But since she can't always perform when Sia is on the road, this is the first time I've seen Ziegler perform "Cheap Thrills" live and it was even better than I ever could have imagined.

"Cheap Thrills" has to be my favorite Sia and Ziegler collab to date. Not only because it's a great song, but because it's a great fit for Ziegler. At only 13 (and she was even younger at the time), "Chandelier" and "Elastic Heart" were a little intense for her. The performances were too mature for her—though she still performed flawlessly. "Cheap Thrills" is much more suited for her. Both the lyrics and choreography allow her to act more her age, and that adds so much to the song itself. Ziegler adds a playfulness to the piece that can't be achieved by older dancers and that really came out in tonight's performance. It was one of the most fun and exciting Sia performances I've ever seen—and that's saying something since she somehow ends up on performing on almost every finale show ever.