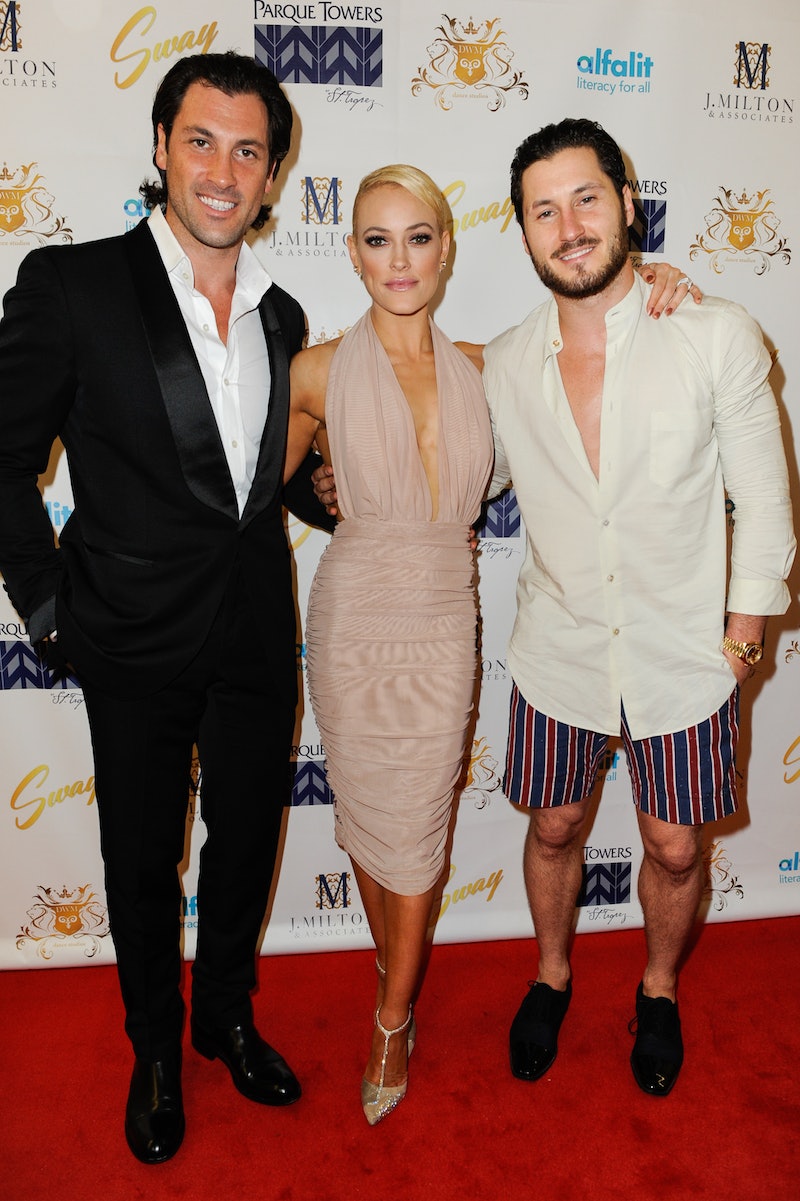 The sneak peak of the tour was a simple sock-hop-themed jive, but boy, did it look like a lot of fun. My favorite part of watching Dancing With The Stars is seeing not only people who can dance, but also the chemistry between them. Being brothers, Val and Maks move really well together. It must be the fact that they have some of the same genetic makeup that makes them move so well in tandem. Whatever they were laying down, I was certainly picking up.

Want to see the tour? Here’s some info on it. According to an interview with Life & Style, the brothers “are making [their] grandma really happy” by “finally working together.” Cute, right? “It’s going to be the best dance show out there,” said Val. “It’s our own passion project and everything we dreamed of." The 45-date tour starts June 15 and ends sometime in August, so if you want to go, you’d better scoop up some tickets to this dancing hunkfest soon. It will certainly hold me over until the next season of Dancing With The Stars.